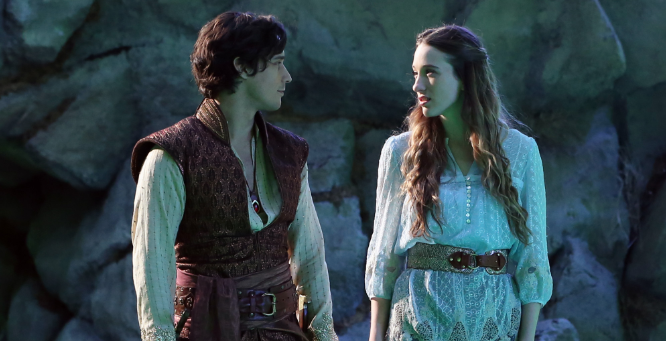 This makes me genuinely sad. The show was just starting to get really good - and now we only have one episode left? Since it was originally planned as just one season (sort of a spin off miniseries if you will) I hope it will wrap up nicely. And as the article points out, all of these characters are fair game for future appearances in OUAT.

Still... my husband and I have been watching "Once Upon a Time in Wonderland" pretty faithfully since it premiered last fall and have really enjoyed it. We're going to miss Cyrus and Alice - but even more so Will and Ana - on our Friday nights.

I'm not surprised that this show didn't get a bigger following, but it was charming and fun and had some unexpected twists and I would have definitely followed it into future seasons. Unfortunately not enough other viewers agreed. True, you enjoy it most when you get all of the "Wonderland" references, but fans of mother show "Once Upon a Time" were likely disappointed that there weren't more connections between the shows.

Still, I hope that this hasn't scared them off from doing other "one season spin-offs." It would certainly be nice to spend more time following the adventures of characters like Mulan and Ruby. It would work even better if it aired on Sunday nights after OUAT, or on Mondays (similar to how Buffy and Angel lined up, and if you want to know how to make a sister show outlive the mother show...)