Last week I had more to say about the costumes than the episode. This week it is the other way around (sadly for fashion, but happily for good drama). 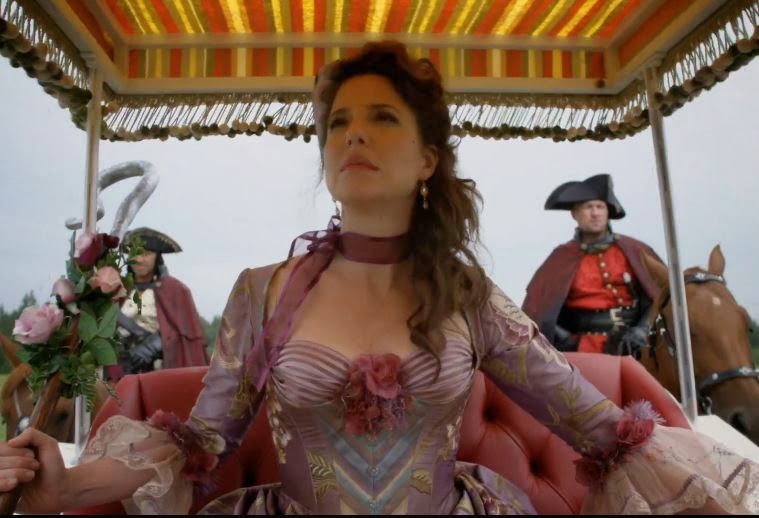 Anna goes to the Enchanted Forest, meets David, and runs into... evil Bo Peep? (More on her costume here.) Seriously, the whole "Bo Peep is an evil slave mistress/warlord" thing was kind of trippy, but it did make a good set-up for finding Anna back in Storybrooke. And it was kind of hilarious to see Peep as a grumpy butcher in the modern day. 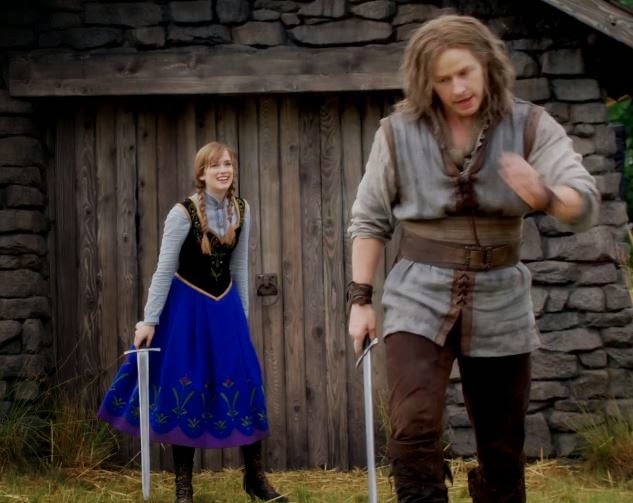 Sure, it's a little bit of a stretch to accept Anna teaching David to swordfight in 24 hours, but they lampshade it with Anna herself saying "I wasn't sure we'd have enough time." I guess David was destined to be a heroic prince. At first I also had trouble with Anna knowing how to fight so well, but then I thought "spunky Anna locked up in the castle for so many years had to do something besides ask Elsa to build a snowman. Of COURSE she made the guards teach her how to fight!)

Back in Storybrooke we get some nice Elsa/Emma and Hook/David moments. Snow's storyline is more unbelievable because where the heck are all the guys who normally run the power plant? But eh, baby high five was pretty cute. Sad lack of Regina and the Golds in this episode, although with such a large cast not everyone can get equal time in every episode. 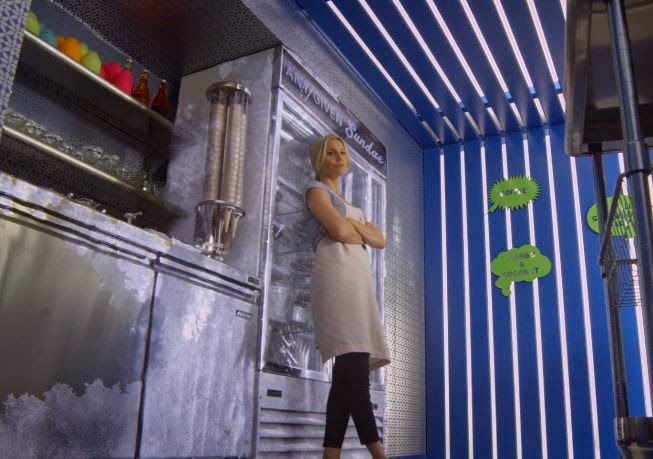 But hands down, my favorite scene was the reveal of Elizabeth Mitchell's character. It was an excellent intro, logical and visually perfect. Plus, JULIET IS BAAAAACK.

Ahem. Yes, I know, it's not actually Juliet Burke and she's going to be evil and everything but seriously I adore Elizabeth Mitchell and she was so perfect in this scene, I can't wait to see what else they have in store for her!!!
Posted by Elizabeth Amy Hajek at 11:36 AM