Okay you guys. Major Spoilers coming up, so if you haven't seen OUAT 5.21 "Last Rites" yet, click away NOW!!! 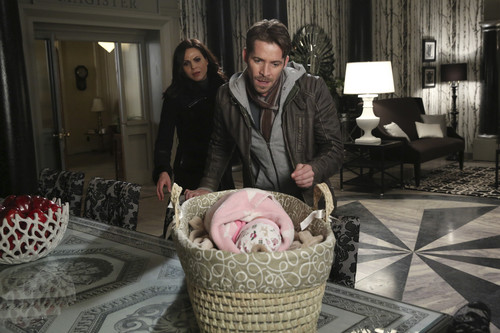 When the whole season is about the god of Death, you take a title like "Last Rites" without too much alarm, especially when the last episode basically had us saying goodbye to Hook forever. I (naively) figured that the title refered to Hook and wasn't too concerned.

Oh boy. Now I'm so mad, I could punch something.

Let's focus on the good, first. Beautiful scenes in this episode - Snow White comforting Emma, Arthur pledging himself to fixing the Underworld, Zelena facing the truth and truly reforming, at the cost of her own heart (not literally, though).

And, of course, Hook moving on. It was a very Kings Cross scene, in fact I expected Zeus to give Hook a choice. When Hook walked on, I truly believed this was it. Over. He was gone. So I felt really cheated at the end when he came back. I know it gave a much needed lift to a very dark ending, and without it there would have been a majorly angry horde of fangirls...

... but it weakened the episode. Yes, in the end, I will be glad that Hook came back. Emma has lost too much, and for much of the audience we desperately need her to have her true love with her, besides her, and see her forging and building her life with him. The show would get really depressing without this. After killing so many of her other love interests, they needed to have one stay. I just wish they could have done it in a way that didn't seem so blatantly "haha gotcha!"

Because in the end it turns around into a gigantic slap in the face for Regina. She also has lost too much love, over and over, and Robin (for now) appears not only dead, but gone from existence. It's a far crueler death than Hook's, and to have Hook reappear RIGHT after putting Robin in the grave will no doubt be tremendously difficult for Regina to cope with. The question is, will Regina accept it with her hard-won maturity, or will it once again drive a wedge between her and Emma? Regina has Zelena squarely on her side, so this could cause problems.

Or not. Our heroes are going to have to unite again soon, because Rumple has his own mysterious plan, and we can be certain that he is up to no good.

I'm fine with that. Rumple is the best villain, after all. He's past redeeming himself with Belle - not past redemption, I don't believe that - but I do believe that Belle should not go back to him, not when he has betrayed, lied, and emotionally abused her over and over. She needs to keep herself and the baby far away from him.

What I'm not fine with is killing Robin Hood. Even if he wasn't my favorite hero from childhood, he is still the father of two small children, and I really love the romance with him and Regina - but beyond that, his character has gotten very short shrift this season. This episode was the only episode that really give him much to do - and of course, he died! So we care about him because of past seasons, but not because of recent ones. So I have to wonder - was he getting too hard for the show to juggle? Did they kill him off to make their lives easier and create more drama for Regina? Or do they have plans to bring him back, and is that going to be Regina's next big character arc? Who knows?

Of course, the difference between fairy tales and mythology/ballad stories is that the later usually end with the hero dying. King Arthur. Numerous Greek heroes. And, of course, Robin Hood. We who were raised on Errol Flynn and Kevin Costner and talking foxes forget this - but all of the old legends end with Robin's death, upon being betrayed. It's an ending I really hate, because it's so poisonous and he is neither in old age, nor surrounded by his children. It's an awful way to go - but it's an outlaw's way to go. So if OUAT were to end his story here (which I don't think they will, but who knows), they would be staying truer to his origins than most adaptations.

Still doesn't mean I like it. In fact, I cried, particularity when Roland came up with his rose arrow. That was awful.

But at least now we know why they didn't name Robin's daughter. They knew what her name was, but they couldn't give it to her until they gave us the reason. UGH UGH UGH. (Yes, the moment he died I went 'oh. So that's what they'll name his daughter.')
Posted by Elizabeth Amy Hajek at 12:31 PM