The Names of Once Upon a Time

What's in a name? Not much, says Shakespeare, but we've noticed some nifty connections in Storybrooke, a place where everything, even names, have double meanings! Here I lay out some of my findings.

(Note - there's been some confusion so I'm just going to say up front that the most obvious meanings I have not stated or expounded upon because I feel that reading them makes the meaning obvious and for me to state anything further would just be a waste of space and your reading time. Also I'm only commenting on the meanings of the Storybrooke names and how they connect to their Fairy Tale Identities.) 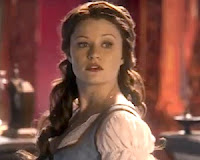 -------/Belle
Original Story: Beauty and the Beast
Name Meaning: Storybrook name unknown. Some guesses are "Rose" or "Isabel" or "Elizabeth." 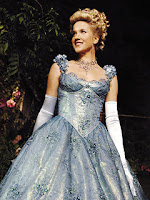 Dr. Whale/------
Original Story: ???
Name Meaning: First name unknown. Last name seems to link him with the story of Pinocchio in some way. 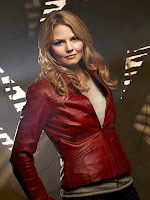 Emma Swan/--N/A?
Original Story: ???
Name Meaning: Emma = "Whole" or "Universal." Very appropriate as Emma is the one destined to save all of Storybrook and is really the central piece that brings everyone together. Her last name, Swan, could connect her to the story of the Ugly Duckling or the Swan Princess.

Nicolas and Ava Zimmer/Hansel and Gretel
Original Story: Hansel and Gretel
Name Meaning: Nicolas = "Victory of the people." Ava = "desired" (German), "Voice, sound," (Iranian), or "life" (English). I like how Nicolas's name points to the victory Hansel and Gretel achieved in the Enchanted Forest. And Gretel is definitely desired by many characters in the fairy tale. 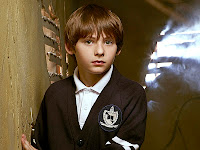 Henry Mills/--NA?
Original Story: ???
Name Meaning: Henry = "home ruler." Henry IS sort of the little king of Storybrooke - he always does seem to get his way! 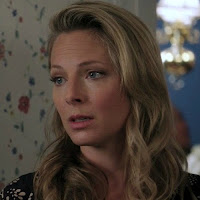 Kathryn Nolan/Abigail
Original Story: King Midas?
Name Meaning: Kathryn = "each of the two" or "torture", later associations have it as "pure." Kathryn is one of two women that her husband David, loves. She also suffers much torture. Finally she does, perhaps, represent the ideal of purity in this cast. 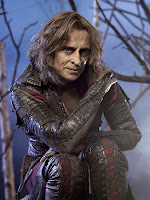 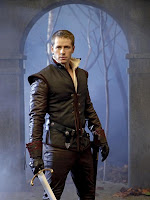 Regina Mills/Evil Queen
Original Story: Snow White
Name Meaning: Regina - Queen. Could you get any more perfect? I've also heard some interesting speculation on her last name. Theory #1 is that it is connected to 'milo' the Greek word for apple. Another possibility is that it hints at her possible identity as the Miller's daughter from the original Rumpelstiltskin story. 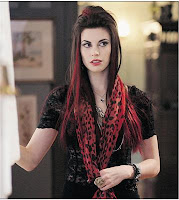 Sidney Glass/The Genii and The Magic Mirror
Original Story: Arabian Nights?
Name Meaning: Sidney = "wide island." He did first appear in the Enchanted Forest on a beach, but that could be a pretty far reach. Glass is pretty obviously connecting him to the Mirror. 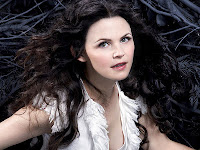 Mary Margaret Blanchard/Snow White
Original Story: Snow White
Name Meaning: Mary = "Sea of bitterness" or "rebelliousness" (Hebrew) or "beloved" (Egyptian). Margaret = "pearl." It's interesting that we've recently seen a more rebellious side of Snow - and she certainly has quite a bit to be bitter about right now. The pearl meaning is a nice nod to the idea of whiteness.

Leroy/Grumpy
Original Story: Snow White
Name Meaning: Leroy = "the king" (French nickname). I'm amused here, because he is sort of the king of his little band of dwarves.

August W. Booth/--------
Original Story: ???
Name Meaning: August = "great" or "venerable." Most famously associated with Augustus Caesar who founded the Roman Empire. My friend Delaney pointed out that the name might also point to a connection with a friend of the Grimm Brothers who was called August.


What do you think? Any conclusions of your own to add? If you'd like to read my further musings on the Once Upon a Time Universe, check out my page dedicated to the topic.

All name meanings taking from Behindthename.com - a name site I highly recommend.
Posted by Elizabeth Amy Hajek at 7:57 PM

I know this is pretty obvious, but I'd also like to point out that Mary Margaret's last name, Blanchard, contains the word "blanche", meaning "white".

Are there any possible meanings to David's last name? That one about the Greek word for "apple" I didn't know. So interesting.

As for Nolan - my searches didn't come up with any meanings. If you find something, let me know and I'll add it in!

lol, you missed some things about their name meaning.
actually it's soo simple.
dr. hopper is obviously for jiminy cricket who is a cricket. and cricket hops. so..hopper.
Don't you know belle is the french word for beauty ? thats obvious.
you got ashley/cinderella right i mean, ash=cinderella
And Ruby obviously is Red so red is ruby.
sidney glass . glass=mirror

Hey Katon! Did you check out the other comments? I told Victoria that I'd skipped the really obvious ones because I thought they were so obvious it would be redundant to say anything. ;) And I did mention Glass and Ruby and the meanings behind Snow White... I'm guessing you didn't read very carefully?

Also I didn't mention the meaning behind Belle because I was only focusing on the meanings of the Storybrooke names (again, I think you'd have picked up on this if you'd read a bit closer!)

Finally, we do try to keep things polite here and have civil, uplifting conversations, so in the future when you comment, do you think you could not use such condescending language? Thank you! :)

Hey! I was reading that Abigail is the second wife to King David in the Bible.

Oooohooohoooh, and did you know that the name Mary Margaret is similar to the name of a certain Maria Margaretia (or something along those lines), a lady who is considered real-world inspiration for several old variations of the Snow White tale?

I'll need to look it up, but I remember wondering if that was on purpose! I'm sure it was. :)

Now I just need to find time to watch OUaT-- I'm four episodes behind, but that's forgiveable because I'm spending my elliptical time watching Dr. Who. (we've got the laptop by the elliptical and I force myself to only watch my TV shows when I'm exercising, which means that on my lazy days I get "behind". :P)

Shaylynn! That is so cool! I bet you're right!