Back to Life and a Trip in the TARDIS

Ah... hello life. It's me, Elizabeth. I'm BACK!
In case you were wondering, the Premiere went very well... I wrote all about it on www.theshadowofthebear.blogspot.com -- with pictures!
After which we celebrated ReginaCon 2011 (also known as the 4th Fairy Tale Novel Fan Festival). This was a weekend of crazy awesomeness in which I got to hang out with some really, really cool people.
We even took a trip on the Tardis: http://www.youtube.com/watch?v=cZSGofF_m8U
I want to write more about it, but the coffee shop I'm at has slow internet and I wouldn't dream of trying to load pictures here. So -- soon, my friends. Soon!
Posted by Elizabeth Amy Hajek at 6:04 PM No comments:

Confessions of an Accidental Sound Editor

I was never intending to be the sound editor on "The Shadow of the Bear."

Let's face it. I'm severally hard of hearing and have to wear the most powerful hearing aids on the market to function even close to the way hearing people do. So obviously I'm not the best person to do the sound editing, right?

Well when push came to shove, I ended up being the only person. No use complaining or sitting around feeling sorry for myself, I had to get to work and give it my best shot. And you know what? So far it's turning out all right. My awesome speakers give me very good accessibility and any glitches so far are simply in lack of material to work with (ADR missing in some places, or lack of ambient noise to pull a scene together). These issues will be resolved after the premiere, but we simply don't have time to do it all now.

My brother (who has fantastic hearing) has agreed to go over my work in the next day or two and double check everything. This is a big relief to me, because if there ARE any major problems in my work, I want them to be because we absolutely couldn't fix them in the time that we had, not because we didn't pursue all options.

So now that I've completely reassured my SOTB fans... I just have to say... I feel sort of proud of myself for what I've done. I actually was more capable than I expected and the sheer volume of work that I've accomplished is... *searches for the right word that doesn't come across as bragging and fails*.

It's been a really tough few weeks here. So it's a real blessing to have something I can really and truly feel pleased about. And I can't wait until we have time to polish the last rough spots properly after the Premiere!
Posted by Elizabeth Amy Hajek at 9:53 PM 7 comments: 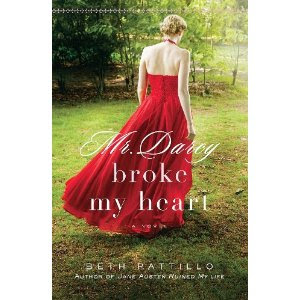 I always do more than a bit of a happy dance when I find a Jane Austen spin-off worth reading. There are just so many horrible ones that finding a good one sometimes seems impossible.
"Mr. Darcy Broke My Heart" is one of the good ones. It certainly doesn't measure up to Jane's level, but it is a good deal better than most of what is out there, and certainly more original and interesting than most Christian fiction.
Oh yes, the Christianity is subtle, but they sell this in Christian bookstores and it's quite clean. Another (unfortunately) rarity among Austen fiction these days.
So what is it actually about?
When her sister's pregnancy complications prevent her from finishing her degree at a Jane Austen synopsim in Oxford, Claire agrees to go in her place. Along the way she discovers the first draft of Austen's "Pride and Prejudice" and learns the hardest way what women find so attractive about Mr. Darcy. But who is Claire's own Mr. Darcy? The answer is not as easy as she once thought.
A quick, but fun read, I finished in about two hours, unable to put it down. It may not be high literature, but it's a sight better than normal fare of this sort and I would quickly recommend it as a light summer read worth picking up.
Posted by Elizabeth Amy Hajek at 9:57 AM 3 comments:

I love weddings.
Okay, I've always loved weddings, although lately the planning aspects have become rather stressful. However the wedding I was a part of last week was WONDERFUL! I went down a few days early and got to know the whole wedding party and assist with preparation. I also got to spend a lot of time with my very oldest friends, which was a ton of fun. 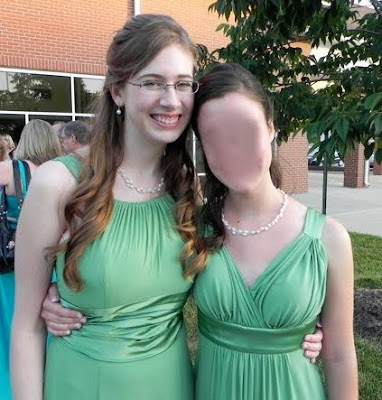 First time in a rehersal was a blast! Apparently it took longer than it should have because the groomsmen were goofing off, but I didn't think so. Maybe it's just that I've been in so many plays and have had to wait around much, much longer? Plus, the groomsmen were SO FUNNY!

Day of the wedding was mostly us girls getting all dressed up. We had a hairstyler do our hair, which was cool, and I was kept busy helping with last minute sewing tasks. The bridesmaid dresses were two different shades of green, and we each got to pick our own style that flattered us best. The unifying theme were the pearl necklaces, bracelets and earrings that the bride had given us the night before. (They were gorgeous!)
The wedding was beautiful and very, very special. One of the most touching moments was when the bride and groom did a piano/vocal duet at the end. Another special bit? The fact that the groom composed the bridal march for his beloved. :)
They had an outdoor reception and the weather was absolutely perfect! Then we formed two lines and blew a cloud of bubbles for the bride and groom to exit through.
The honeymoon had been kept an absolute secret, so the moment the getaway car was out of sight, we bridesmaids rushed over to the mother-of-the-groom and begged her to finally enlighten us.
Personal happy tidbit? The bride and most of the bridesmaids went barefoot for the ceremony. NO HEELS! I was in heaven. (Plus I'm very tall and almost any heel at all would have made me taller than the groomsman I was walking down with. As it was, I was quite happily shorter than him.)
All in all it was a beautiful time of memories and blessings and I am so thankful to have had a chance to go, particularly in the midst of what has been a very difficult year for me.
Posted by Elizabeth Amy Hajek at 12:51 PM 3 comments: 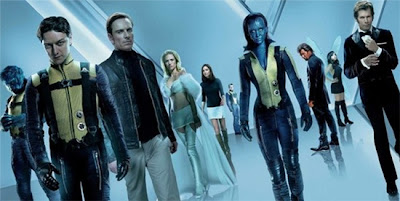 Today I head off for a very special out-of-state wedding. I get to drive down with some of my very oldest friends, and then be in the wedding of an even older friend. ;) I'm so very excited!
In other news --- I more or less finished the fine cut of "The Shadow of the Bear" last night! There are still a few shots to tweak, but other than that we've achieved picture lock. Considering that I did over half of the work in the past 11 days I am thrilled and more than a little blown away. I rendered it all out last night and watched a bit of it on my computer this morning... I can hardly believe I've gotten to this point!
My co-producer is working on securing the ADR from our actors, which I will lay in when I get home. We're still working on finding someone to help with audio tweaking -- otherwise we may have slightly incomplete audio for the premiere. We have one composer signed on, but we've had little luck getting a second to help her with the work --- not sure what's going on there but it's pretty frustrating so prayers would be appreciated. As it is we are definitely not going to have all the music done for the premiere -- final music will have to debut on the DVD. I also have to create the credits and get as much color correction as possible done before the premiere, but that should be fairly manageable.
However I'm not worrying too much about any of that until after the wedding. I'm definitely in need of a wee break and some social interaction. (oh yes, and I get to wear a gorgeous dress!)
Posted by Elizabeth Amy Hajek at 7:52 AM 1 comment:

My film project is in need of some audio help!

We have a new cry for help today! Do you or anyone you know have any experience with (and the software for) audio clean-up? After we get the ADR, there is still a lot of tweaking to do and we just don't have time (or in my case -- practical ability) to do it. Could you help us or direct this to someone who could? You can find out more details here: http://theshadowofthebear.blogspot.com/2011/06/in-need-of-some-audio-assistance.html
Posted by Elizabeth Amy Hajek at 12:54 PM No comments:

Free, legal music. Sounds like Christmas, right?
Freegal is a service that libraries can sign up for, that allows their patrons to download a limited number (my library does 3) free songs every week. Once downloaded, the songs belong to the patrons --- forever. No fees, no deadlines, no expiration dates.
I discovered freegal on my library's website about a month ago and so far have downloaded nine songs. I'm currently working on getting the "Little Women" musical soundtrack. The website is not extremely well organized so you DO have to dig to find what you want, but they DO have a LOT of options --- there were very few musicals, for instance, that they didn't have. And they have tons of popular music too.
The music doesn't download directly to iTunes --- you have to download it, then use the iTunes function "add file to library" and select the music files from your downloads folder. It only takes a few seconds though and you can save yourself quite a bit of money this way.
So check and see if your library subscribes! If not, put in a request! Then, get the word out!
Posted by Elizabeth Amy Hajek at 10:36 AM 3 comments:

What I'm looking forwards to seeing in X-Men: First Class

X-Men: First Class releases in the US tomorrow at midnight. I'm trying to restrain myself from impulsively going to it because I KNOW I'm going to regret not waiting to see it with captioning. It's just not the same if you can't hear what everyone is saying.
But MAN... am I ever excited! Despite all the character problems Fox has thrown into the mix, I really think it's going to be a good movie.
What am I looking forwards to? (SPOILERS TO FOLLOW!)
That's everything that comes to mind! So you can see why I'm having trouble controlling the impulse here... ;)
Okay, back to work on the SOTB movie editing!
Posted by Elizabeth Amy Hajek at 11:28 AM 1 comment: