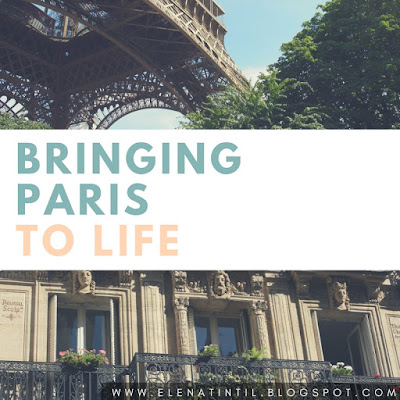 I visited Paris once in my life. It was the middle stop of a three-legged, twelve-day tour of Europe, and the one I was the least excited about. England? I was dying to see it. Italy? That would be so cool. Paris...Paris was so hyped, it had to be overrated, right?

But I loved it. Indeed, while I'm still more drawn to English history, and I adore much about Italy as well, I think in some ways Paris became one of my very favorite cities. I know not every visitor has the same experience, but I was blessed with a trip that seared this place into my heart forever.

It was thrilling to be able to convey this affection in my novel, "The Mermaid and the Unicorn" and, indeed, the book in some ways became my love letter to Paris. My fond memories of my youthful trip combined with all that I discovered in my research, resulted in a deep appreciation.

But simply loving a city and knowing stuff about it doesn't mean that one is able to bring it to life in a novel. I would not have been able to do so if I hadn't received some very specific critique as a young writer.

"Your dialogue is great, but we really think that you could use more description," my parents told me. "Could you tell us more about where the characters are standing? What they are seeing?"

It was rare that both my parents made the point of stating such a specific critique, so, though at first I was annoyed, eventually I got to work on it. As I grew as a person and a writer, I learned to incorporate description of all five senses, and as the internet grew, I gained more and more resources to fact check those descriptions.

So when I read the reviews of "The Mermaid and the Unicorn", so many of which contain delight in the descriptions of the city of Paris, I am filled with intense gratitude for my parents. Neither of them are fiction writers or English teachers, but they are both avid readers and they knew (and were not afraid to say) what I needed to improve as a young writer.

Learning to write involves so many factors that there is no one right way to do it. But heeding good critique and learning from it is certainly a vital factor.

Thanks Mom and Dad. This is just one more way that my book wouldn't exist if it wasn't for the two of you. :)
Posted by Elizabeth Amy Hajek at 10:57 AM No comments:

If you're not following me on Facebook or Instagram, you may have wondered why the blog has been quiet for the past month. I figured I'd do a big update and fill you in on the happenings at the Hajek Homestead. 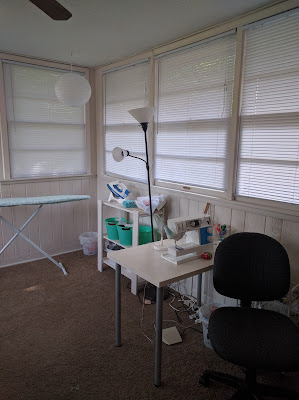 Firstly, we finally turned our three season porch into my summer sewing room. Although it won't work year-round in the Minnesota climate, I'm hoping to get a good 6-7 months of work a year up here in this gorgeous space until we can afford to insulate it properly. For now, the good coat of paint did wonders! 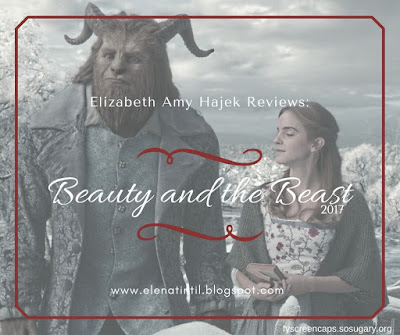 It is quite possible that the new live-action "Beauty and the Beast" was the longest anticipated movie of my life. Certainly I have been waiting for a live action version of "Beauty and the Beast" since I first read Robin McKinley's "Beauty." The Emma Watson film may not be an adaptation of that book, but, like the animated version before it, it has many of the same values which mean the two retelling often appeal to the same crowd of people.