Rapunzel, Rapunzel, let down your hair...

A three-week hiatus on "Once Upon a Time" hasn't hurt so much in years. Which, if you're keeping score, is a GOOD sign. Season 7's choice to reboot nearly everything has paid off, and the show has gone back to it's roots.

Seriously, gang, I cannot say enough good things about this season of the show. I'm going to try in my comments below, but suffice to say, I've been extremely pleased with how much better the show has gotten. If you gave up on it several seasons ago (or even earlier this season), I highly recommend that you come back. Jump on in with 7.1. and give it a couple episodes to warm up. Like cocoa, OUAT Is best served hot (with cinnamon!)

The following contains spoilers through episode 7.8, "Pretty in Blue."

So much happened in last week's two-parter that I almost don't know where to begin! One of the biggest and most controversial twists in years is the revelation of the origins of Hook's daughter.

Where are we at with Poldark?

"I don't know if I want to keep watching 'Poldark'," my husband and I admitted to each other this week.

But who am I kidding. No matter what happens on the show, I will probably keep tuning in for the costumes, scenery and music even if certain characters are...proving frustrating.

If you have not watched the latest episode of Poldark, season 3, BE WARNED. Spoilers to follow! (In the US, we are one episode shy of the finale, which will air on Sunday night.) 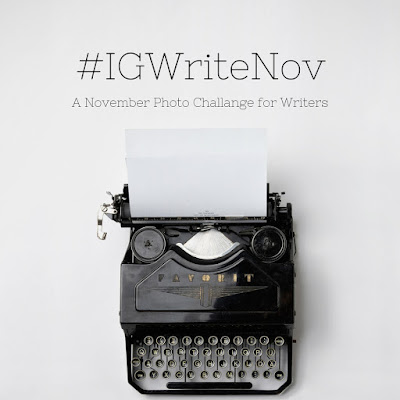 I love writing in November. Even though NaNoWriMo is not currently practical for my writing process, I still find myself inspired to kick out a lot of words during this month of gray chill and cozy nooks. Being a tremendously visual person who loves instagram, I wanted to participate in a writing photo challange, but was unable to find any in the works! (Please alert me if I missed something!) So I decided to make my own.

If you are planning to work on a novel during the month of November, whether for NaNo or not, please consider yourself invited to #IGWriteNov 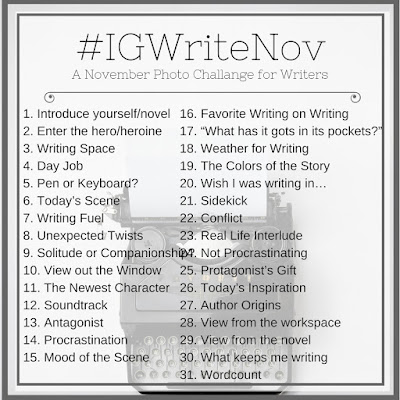 Posted by Elizabeth Amy Hajek at 12:46 PM No comments: