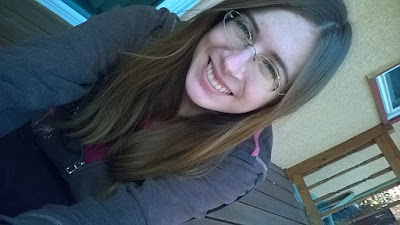 I'm one of those people who gets pretty excited about birthdays--whether mine, or other peoples. (Okay, lately I've been overwhelmed with noting everyone's birthdays on Facebook...but I do love commemorating birthdays for close friends and family!). As I've gotten older, I've tried to lower my expectations for my own birthday, because, adult and all that. But I still really enjoy the sense of excitement and milestone that comes with it. My birthday was this Monday, and I had a really really nice, relaxing three days of celebrations with my dear ones.

Last year, I cried at my birthday. It had been a really rough year, and I was a the six month mark of being tremendously ill and severely physically limited. It was a milestone I didn't want to meet, as I faced the reality of so many lost dreams and a shadowy future. Even though we had just miraculously bought a house, I had been disappointed so often, I couldn't bring myself to have too much hope. I didn't want to dream too bright.

Thankfully (oh, SO thankfully!) this past year has proven to be so much better than I dared anticipate. While I still deal with debilitating health issues every single day, I have so much more joy and color in my life. Having a full house and yard instead of a tiny apartment that I was allergic too, experiencing the laughter and company of my dear puppy, growing my little towel business, and seeing my garden burst to life...these are perhaps small things in some ways, but to me they have been huge sources of joy.

And then, by the grace of God and support of talented friends and family, I pulled off the publication of my first novel this year. Although I was two years past my goal for first publication, I know that those extra two years were time I needed to grow in so many ways. It was a hard wait, but I feel immense satisfaction and peace at having achieved it!

I don't know what the next year brings. I don't know how much pain I'll be in tomorrow, or next week. But I didn't cry this year at my birthday--I was filled with gratitude and peace. And that is a little memory jewel I will tuck away in my chest of memories to pull out and remember on the hard days.

(And this year was also the warmest birthday I have ever experienced in MN. It actually rained. And my lilacs are budding. They normally don't bud until April at LEAST. Crazy.)
Posted by Elizabeth Amy Hajek at 2:20 PM 2 comments:

Valentine's Day and the "Song of the Fay." 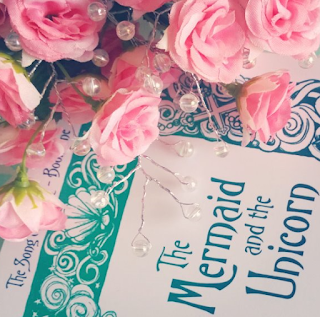 I've been married for three years and have celebrated four Valentine's Days with my husband. However, prior to meeting Nathan, I never had a date on Valentine's Day, which made it a rather emotional holiday for me for a long time.

That said, I was tremendously blessed to have a father who was dedicated to making his wife and children feel cherished all year long. Valentine's Day was no exception, and he worked very, very had to do something special for us every year. One year we got our first DVD player on Valentine's Day! The year we were all obsessed with "The Lord of the Rings" he diligently tracked down our favorite characters in action figure form. I still have my Galadriel. And, the year I was down in Florida with my grandparents, he conspired with my grandfather to make sure there was a beautiful bouquet waiting for me when I got up in the morning.

So, even though there were a lot of years when I felt sad at being single, I look back and now feel tremendously blessed. It was much, much better for me to grow up feeling loved and cherished by my father, than to have a string of boyfriends prior to Nathan.

In "The Mermaid and the Unicorn" I created a main character who is quite different in personality than me--but her strong relationship with her father absolutely was inspired by my own relationship with my father. Although I did give her a Valentine's Day date (which was far more adventurous than any Valentine's Day I've ever experienced!), she, like me, is thankful for the blessing of having a steady father in her life. We both feel extremely blessed to have fathers who strive to follow the example of our heavenly Father.

I should note that I adore my mother and she's one of my strongest female role models. I just happen to be focusing on the strong Father-Daughter relationship in this book and post. However, in the next two books I'll be dealing with new characters, who have entirely different relationships with their parents. This, in turn, affects both their romantic relationships and their faith walk. For those of you who may have felt Daphne was a little too perfect and not relatable to your own journey...don't worry. We'll be having new adventures in "The Professor and the Siren" and "The Selkie and the Queen."

Now, as I noted on this blog earlier, since "The Professor and the Siren" is being expanded into a novel, it will not be released tomorrow (and probably not until 2018 at least). However, I still wanted to mark Valentine's Day, as my series centers strongly around the discovery and nature of sacrificial love, in all its forms. So, I'm marking the Kindle Version of "The Mermaid and the Unicorn" down to just 99 cents on Amazon for today and tomorrow. No coupon code necessary, just go to the Amazon page and you'll see the temporary markdown.

If you already own it on Kindle, and have been wanting to share it with friends, this would be a good time to gift it! Which, by the way, you can easily do on Amazon. Full instructions here.

(And, of course, if you already bought the paperback on Amazon, you can get the ebook for free. Or read it at no additional cost if you have Kindle Unlimited.)

"The Professor and the Siren" details coming this weekend!

I'm dropping some new details about "The Professor and the Siren" in my newsletter this weekend, as well as announcing a Valentine's Day sale on "The Mermaid and the Unicorn." Make sure you are signed up at my mailing list to get the scoop!
Posted by Elizabeth Amy Hajek at 1:16 PM No comments:

In a world nearing oversaturation of superhero media, "Powerless" stood apart from it's first announcement. A show focusing on the collateral damage of super battles? Getting to see what happens to all the poor people with smashed windows, totaled cars and major chiropractor bills? It's a scenario long overdue--but one that would not have been able to succeed on a major network until we'd reached this point of superhero cultural awareness.

However, although greeted with interest initially (Especially with some awesome casting news), rumors and press releases about the retooling of the show caused some concern amongst the geek community. Were all the changes really for the better? Had NBC taken a golden premise and flushed it down the drain?

I wasn't able to watch the premiere episode when it aired on Thursday, but this morning my husband and I sat down and watched it through--and I couldn't stop laughing. This isn't just nerd comedy--I think anyone with a passing knowledge of superhero basics and a love of laugher should give this show a shot. While first episodes can be shaky, the "Powerless" premiere was solid, indeed I'd give it nine out of ten stars as a start to a series. If next week's episode can match this one, we are in for an awesome new treat.

That Alan Tudyk would be awesome was a no brainer, and of course "Community" fans will likely tune in for Danny Pudi. However I certainly was impressed with Vanessa Hudgen's comedy chops. She's playing the earnest straightman for the beginning, but to do that well takes talent, and she rises to the challenges beautifully. I'm not familiar with the supporting cast, but they seem like they'll fill out the talent nicely.

Is it family friendly? Difficult to gauge after just one episode. However there was just one off-color gag that I caught. In modern comedy terms, I think this show will land on the cleaner side, but of course families should probably preview a couple episodes before deciding whether it is appropriate for the younger ones.

And while I believe they are keeping the main superpowered elements of the show very generic, there are a few Easter eggs for comic book fans. It's worth going into the first episode with a reminder that no one knows that Bruce Wayne is Batman.

Only downside? It's a half hour comedy, and thus far too short. Can't wait to see what they bring to the table next week!

"Powerless" airs on Thursdays at 8:30 EST on NBC, available on Hulu for day-after viewing.
Posted by Elizabeth Amy Hajek at 11:48 AM No comments: