May 2016 at Hajek Casita Amarilla

I've been doing a lot of reviews lately, so I figured it was time for an update post. At the moment I'm receiving back notes on "The Mermaid and the Unicorn" from my beta readers and Nathan and I are implementing them. Hoping to have a book release date VERY soon! Just waiting for the cover to get completed! 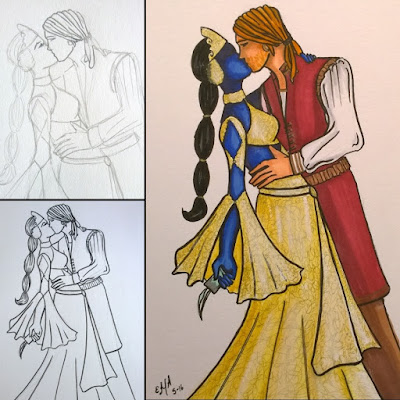 As you may have noticed, our Star Wars Role Playing Group is pretty big in our lives right now. I tend to get headaches when I leave the house, so we try to do as much at home as we can. The RPG group is my main social time right now. My hands go up and down. I'm working on some art commissions, and I also did a couple just-for-fun pieces based on RPG stuff. Above is a scene from a recent caper our group completed, and features my character and Nathan's character having their first kiss (it was a decoy, actually, but something's brewing...) 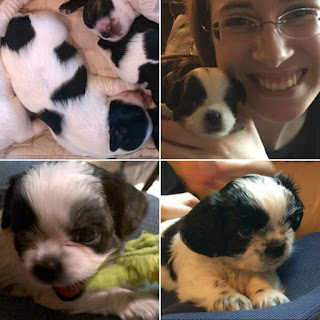 Also, Mateo is almost 7 weeks old! He will come home in about two weeks and I am eagerly counting down the days! 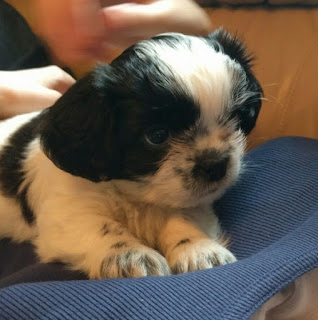 Nathan captured this photo on Wednesday. Mateo had just woken up from a nap so he was fairly calm, and was making intense eye contact that he had not previously be capable of/interested in. It was a very cool moment! 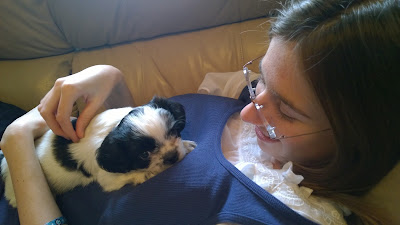 I was having a bad day, so puppy therapy was a big blessing. The owner of Mateo's mom has been tremendously supportive of allowing me to visit Mateo just about every week for the past month, and I am so very grateful! We're hoping it will help make the transition to our house easier. 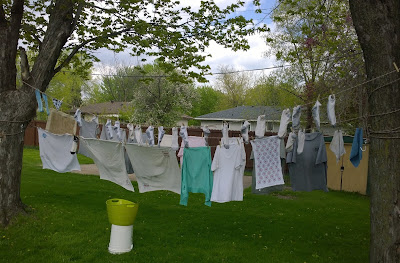 Meanwhile, back at the farm... temporary laundry line has been doing it's job, but our neighbor just delivered the property's original laundry pole which was super nice of him because it had been given to him by the previous owner and he totally could have kept it. We're thrilled we don't have to go buy one, and are planning to set it up soon, so we can have our trees back for hammock use. 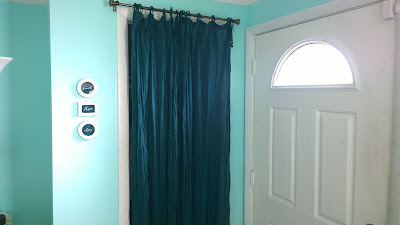 We also painted our living room! I had a really good day when I was actually able to help Nathan paint, which normally doesn't work because I react to paint fumes. So that was a blessing! More photos to come, once we get our new futon. 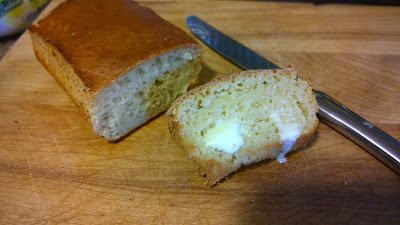 My experiment for the past month has been Gluten Free Sourdough starter - and after a month of careful tending, we have a really good batch that makes the most delicious bread! It took a lot of trail and error to get the right ratios and baking temps and times, but I'm thrilled with where we are currently at! So yummy! 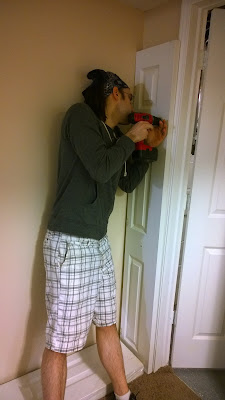 We also built a bookcase. 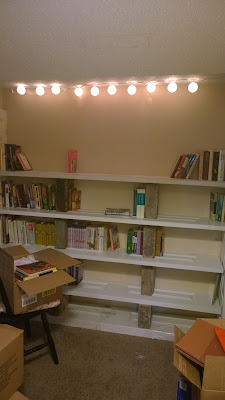 I detest closet doors, so we took off almost all of them in our house. We realized they were the perfect length for the built-in bookshelf we'd been talking about, so we just added some bricks for center strength and a few brackets on the side and we now have a lovely bookshelf in our basement book nook! 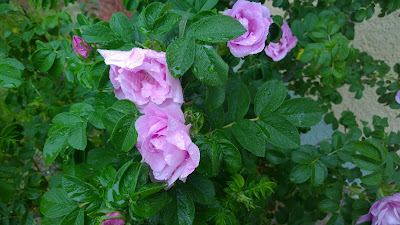 Our rosebush bloomed. And then yesterday Home Depot was selling rosebushes for 50% off, so I got ANOTHER rose bush so I could have red roses in the backyard. 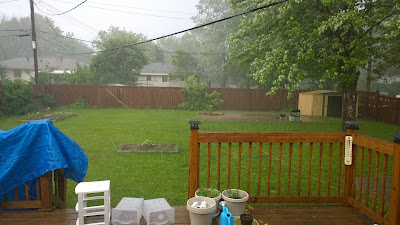 Here's a look at our lawn last week. It's not a great picture of the garden, I'll hopefully get some more of those soon. We put in two more garden beds today... we're very excited to grow as much of our own produce as possible this year! 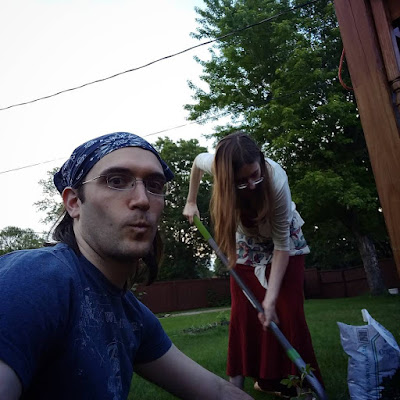 It's been a rough week and I've been having to use Excedrin to keep my headache at bay, which I don't like (it's hard on my liver, which already has problems). BUT yesterday it allowed us to run an errand, and I planted my new rosebush. So that felt satisfying. 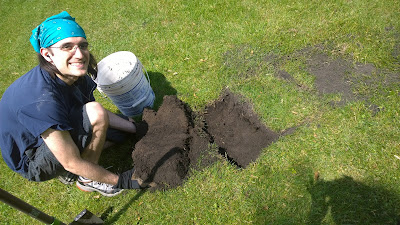 Remember those two new garden beds I mentioned? We did buy some peat/compost/soil... but it wasn't enough. We didn't want to go buy more, and we'd been talking about leveling out the hump in the center of our lawn, so we dug up some sections, removed the bottom dirt, and put the grass back down. Seems to have worked just fine. 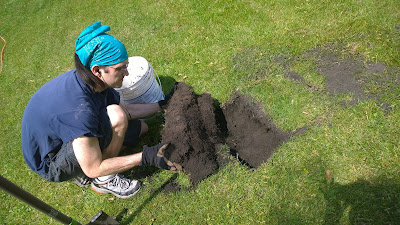 So that's what's been happening around here. I've also been completing some more sewing projects, but you can read about them over at Seamstress Confessions if you're interested.
Posted by Elizabeth Amy Hajek at 9:28 PM

Oh man, that bookshelf is so cool! I think that is such a neat idea :) I pretty much melted with all of those Mateo pictures-he is so adorable! I made my husband look at them, too, and he thinks Mateo is cute. I'm so glad that you are settling into your home!

AnneMarie - I KNOW RIGHT? I have one of the Mateo photos as the lock screen on my phone and it was NOT A GOOD IDEA. Every time I unlock my phone now I'm distracted by the cuteness and forget what I was getting on my phone to do!!!

Wow! Got a lot going on. Your yard is lovely! I work at Home Depot in my town and I used to be in Garden--so when you said "roses were 50% off" I was like, "Why didn't I hear of this? Did ours not do it? WHY?" I'm such a garden nut. I only have a tiny porch and that's filled with pots--to say nothing of the ones inside.And...I just got another hanging pot. They're the big begonias! I couldn't help myself.

That illustration of your RPG characters is awesome! So lovely! Sounds like incredible fun too. ;)