I was Jane Austen's Best Friend 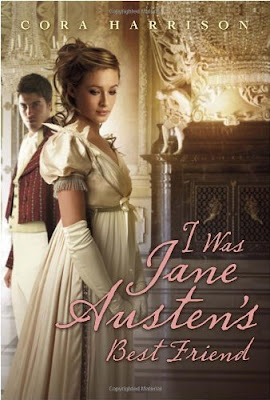 Have you ever wondered what it would be like to grow up with Jane Austen? To be her friend, her confident, her sharer in adventures and the recipient of the first drafts of her stories?

Well wonder no longer. In Cora Harrison's novel "I was Jane Austen's Best Friend" we are given a peek into the life of Jane's cousin, Jenny Cooper, and the year she spent living with the Austen family.

The scene is set with Jane Austen dying of a terrible fever in Southampton. With a schoolmistress too cruel to send for Jane's parents, her only hope of survival rests in the hands of her cousin Jenny. But to save Jane's life, Jenny must venture out into the dangerous seaport to secretly post the letter summoning Mrs. Austen. In doing so she risks her own life... or at the very least, her reputation.

Jane and Jenny both survive, thanks to Jenny's courageous actions and the assistance of a handsome young Navy captain. However Jenny must carry her secret with her as she travels with the Austens back to their home in Steventon and joins society there. For now she is safe, but if anyone learns that she wandered the midnight streets of Southampton unescorted, her future will assuredly be destroyed.

It's easy to push these fears to the back of her mind in the midst of the boisterious Austen family. Jenny quickly makes friends with all of the Austen boys, and helps Jane teach her deaf and dumb brother George sign language. They put on a play with the help of the glamourous and worldly cousin Eliza, and take great amusement in older Austen sister Cassandra's hidden romance with student Tom Fowle. But then Captain Williams reappears and Jenny's secret is in danger of being discovered...

With a full range of characters from which we can see the seeds for many of Austen's literary creations, this well researched but light-hearted and appropriate look into the past will be enjoyed by every Austen fan.
Posted by Elizabeth Amy Hajek at 1:50 PM