All hail the baby prince! 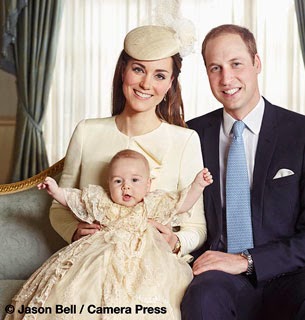 It's an ittle widdle prince! And isn't he a cutie? Already getting tons of personality that we can finally see in his official Christening pictures. Check out more of them here.

When given the choice, I would always rather link to and share official pictures released by the families themselves than anything taken by papparazzi (unless it's from a clearly designated media event, like the Royal Wedding or a press conference). So delighted that they are releasing these lovely photos.
Posted by Elizabeth Amy Hajek at 5:04 PM