I Don't Want to Write this Tribute

*CGI doesn't count. And yes, at the time of writing this post, Episode 8 is not yet released so we have that to look forward to, but anything beyond that will not be Carrie's Leia.

I grew up loving princesses. Belle, Ariel, Pocahontas, Jasmine...these spunky heroines shaped my life in many ways. When I got older, I became captivated by real princesses in my obsession with English history.

But Leia stands in a place of her own. She was a spunky space princess who had intelligent, witty dialogue, was strong enough to do anything the boys did, but was also kind. empathetic, and diplomatic, winning the Ewoks to the Rebel cause by her own awesomeness (and the faithfulness of her golden protocol droid). 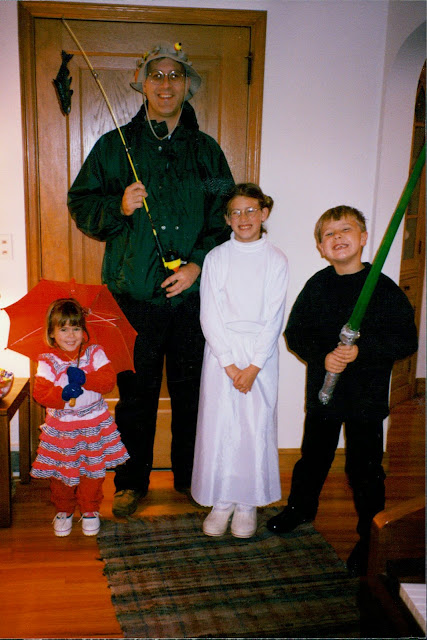 As a child, I always wanted more Leia. Finding a Leia action figure was my quest for the holy grail, and when I got her (and a Han to go with her!) she became one of my most treasured toys. I dressed as Leia for Halloween, played her in the first short film we ever made, and (in one of my favorite memories with my cousins EVER) got to BE Leia on the day when we re-enacted all three of the original Star Wars films. (I grew up as an only girl for a long time, which was really lonely except when we played Star Wars and I got to be Leia with no contest. Hurrah!)

I read a few of the novels, but none of them ever satisfied my desire for more Leia. My own adventures with my action figures were FAR more awesome. I'm really glad that I didn't discover "The Courtship of Princess Leia" until I was an adult and able to handle the awfulness of it, because it would have ruined a significant piece of my childhood if I'd consumed it at a younger age.

To this day, I remain passionate about only wanting Star Wars memorabilia with Leia on it, as a stand against my childhood when NOTHING had Leia on it. I refused to play the Star Wars Destiny game put out by my husband's company (Fantasy Flight Games) until he got me the Leia cards. While I adore many other characters in the films (Han Solo, Young Obi Wan, Padme's Dresses...), none of them comes close to the awesomeness that is LEIA.

When the new films were announced a few years ago, I tried to hold back my excitement. I knew Leia could not be the same pivotal role in this new trilogy - they would need to initiate a new cast with more longevity. But still - MORE LEIA!

Episode 7 brought some frustrations for longtime Leia fans - not enough screentime, and a sad ending to an epic romance. However, with Han getting a significant amount of screentime in this film, and Luke cued up to play a major role in VIII, I thought it highly likely that they were planning to give each of the original trilogy one 'focus' film, and Leia's was going to be IX.

The tragedy of Leia is that - unless she was due to die in VIII anyhow (as some have predicted) - we will never see her story played out on screen as planned. However it ends now, it will be different - likely a short tribute 'death', but also possibly a recast or (very remote but not impossible) a CGI recreation. Whatever it is, it will be a poignant reminder that Princess Leia was a remarkable character, played by a special and unique woman.

Which brings us to the other part of my tribute. As a child, it was Leia whom I knew, not Carrie. Even today, the loss of 'Leia' hits me harder, because it was that which played such a significant role in my own life. But Leia would not exist without Carrie, a real woman who is being deeply grieved by the family and friends who did know her.

However, while I never got to meet her in person or watch her one-woman show, I did enjoy her gift of writing. Someone told me to read "Wishful Drinking" and "Shockaholic" saying "no one else is writing about mental illness like this." And it's pretty true. Carrie is refreshingly honest, not afraid to laugh at herself, which is tremendously healing and encouraging (I struggle with depression alongside my other chronic illnesses). Ironically, I own "Postcards from the Edge" but have not yet read it. I've not yet been able to bring myself to buy "The Princess Diarist." I'm not ready to face the reality of it being Carrie's last book.

And I kept putting off this tribute, even though I knew that the longer I waited, the less relevant it would be and the more 'bandwagon' it would seem. I didn't want to face that she was gone.

But, regardless of these feelings, I owed it to her to write this. Leia was my princess, and I will be forever grateful to Carrie for bringing her to life so wonderfully and ironically.
Posted by Elizabeth Amy Hajek at 11:53 AM