It took me over a week to sum up my thoughts on the ending of OUAT season 5. That's not a great sign, I'll admit. But oh well, at least most of you will have had time to catch up!

Spoilers after the photo. 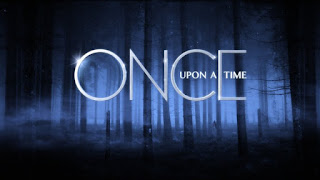 Well, I was underwhelmed by this finale. Probably because it felt less like a finale and more like a 'bridging seasons made-for-tv movie.' IMHO, they should have held off on defeating Hades until the finale. Killing him two episodes before the end made the whole half-season battling him seem... insignificant. As though all we were doing was marking time until they could get to the story they really wanted to tell - in the Land of Untold Stories.

OR at the very least, they should have ended with Henry destroying magic. That was a BIG MAJOR happening, and ought to have been more than a minor hiccup, fixed by a cheesy speech scene. I get that they were trying to give Henry a big moment, but it would have worked so much better if he had destroyed magic right after Hyde landed in Storybrooke. Possibly even with the Charmings and co. still trapped in the Land of Untold Stories.

I know some fans are excited about all the new stories to appear on screen in the new season. I'm not so thrilled. They've skimmed or skipped a lot of key fairy tales (We've never seen Tiana, Aladdin or Jasmine on screen, Rapunzel was a minor episode and a major let down, Cinderella has hardly been utilized, Aurora and Ariel have plenty more that could be done with their stories, and that's only mentioning the big Disney names - there is so much they could do with tales like The Twelve Dancing Princesses, the Goose Girl, East of the Sun and West of the Moon, etc).

Sure, Neverland was well explored and Arendelle got a whole half season (which was too much for a lot of fans). Oz keeps popping back up, so we get more and more of that world all the time... but things were less developed in Camelot, with only 5 named characters and very little connection to the original legends. And the Greek Myths? Of the half season designated for them we got... the Underworld, lots of Hades (with a let-down ending), one Hercules episode (with a dash of Meg), and a single scene from Zeus. And that's it. So IMHO, there's no need to bring in even more characters yet, when they're not fully using the opportunities they've already got.

Sure, it'd be fun to see how our heroes interact with the Three Musketeers, Sherlock Holmes or Dracula. There's a lot of wealth there. I'm just not confident that OUAT will actually give us the stories we want, and it'll be more of a let-down.

You all know how I love this show, and that I have a lot of grace for them because it doesn't have to be amazing to be enjoyable. But I still think this direction was a disappointing choice. Now, they could prove me wrong and pull off some stellar episodes. Dr. Hyde was well set-up, and the dual Reginas will be VERY interesting to watch.

But I'm not getting my hopes up.

To end this 'rant' on a more positive note, I squealed when we got the "Connecticut Yankee in King Arthur's Court" mention. I have a deep affection for that book, and I dearly hope that we get to see a bit more of that backstory play out.

Now the Hollywood Reporter asks 12 questions, and I have a few thoughts on a couple of those to share.

6. How does the Evil Queen survive without a heart?
I am pretty sure that the Evil Queen is sharing 'Real' Regina's actual heart, just as the Charmings share theirs, and Emma wanted to share hers.

10. Is there a chance for Robin Hood to pop up in Storybrooke again?
Robin wasn't just killed - he was erased from existance. Hades was pretty clear that if you got zapped by the Crystal, you didn't get an afterlife. For Robin to return, I'm fairly certain it will require Time Travel (which would be an easy way to get a return of Hades later on.)

11. Will the Underworld be revisited with King Arthur in charge?
His story is clearly wrapped up for now - BUT we definitely could see him again, at least in Flashbacks. OUAT loves bringing people back, after all. I'd really love to see what happens to Guinevere and Lancelot next, however, so I hope they aren't just forgotten.

If you want to know more about what is coming up next for our heroes, you can check out the following article.
http://www.fashionnstyle.com/articles/85334/20160524/once-upon-a-time-season-6-spoilers-maleficent-and-lily-slated-to-return.htm