Visualizing your Characters - A Writer's Resource

There are a lot of ways to keep track of what your characters look like. You can write very detailed physical descriptions, you can 'cast' actors in the roles, you can draw them yourself, and so on. However sometimes you don't have the skills necessary, you can't find the right actor, or you just want the ability to try a bunch of different looks.

Here's where the dollmakers come in.

Dollmakers are popular online games wherein you design your character from scratch. You choose everything about them, from nose and eyebrow type, to the exact clothing and accessories they wear. There are dollmakers for almost every fandom you can imagine, and a bunch of generic ones too. Doll Divine has an excellent selection to pick from. However, if you don't want to spend a lot of time searching for the right dollmaker, I would like to recommend these Tudor, LOTR and Game of Thrones dollmakers as being realistic looking, flexible, and diverse. They are from the same creator, but have slightly different options, so if you can't get the right hairstyle on one, you may wish to try one of the others.

To demonstrate, I've made up several characters from "The Mermaid and the Unicorn." No spoilers until the page break, so even if you haven't read the book, you can look at some of the first examples and see how the dollmaker worked for me. 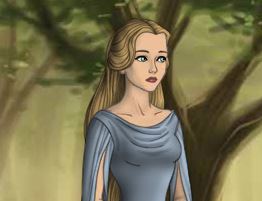 Daphne Woodhouse, my heroine. The dollmaker worked quite well to get the look I envisioned. 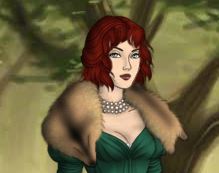 Amelia Fontaine, a mysterious nightclub owner. The historical theme of these particular dollmakers makes short hairstyles more difficult. Thankfully there is a 'drag and drop' option for some hairpieces, so I was able to stimulate the shorter hairstyle I envision Amelia having. 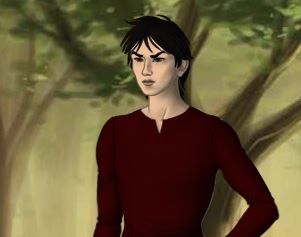 Derek's hairstyle was also a bit difficult to achieve, as I envision him as having a rather "modern trendy" look to his hair, but this is close enough. 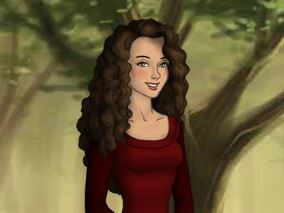 I was able to recreate my spunky southern gal, Maddie, to a t! This hairstyle was PERFECT for her! 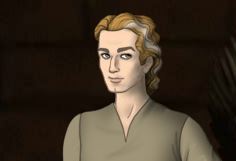 Luc, the flirtatious museum curator, was a bit more difficult to capture. This isn't exactly a perfect hairstyle for him, but it captures the feel. 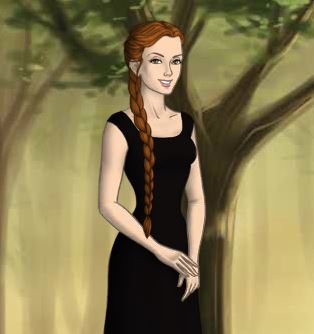 I was able to get Kate fairly accurate - only you can't really tell that her eyes are green here. But they are! 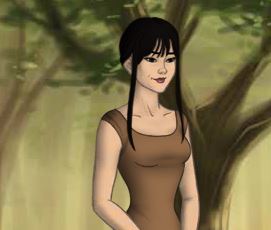 Again the hairstyle limitations - Abby has short hair, so she doesn't have those long tendrils of hair, but otherwise it captures her look well.

If you've finished "The Mermaid and the Unicorn" then you know that my next project is a novella about the Morlands! 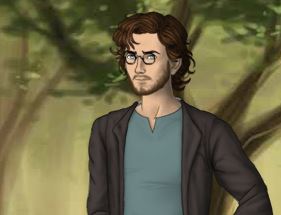 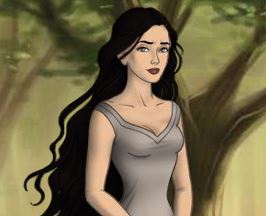 Justin and Ruth. There is only one choice for glasses - I envision Justin as wearing rectangle frames, not round. But otherwise, quite good! And Ruth is always a bit elusive for me, but this helped me solidify her look somewhat. There are several other new characters for this book, but I can't really share them here without giving things away. I'll share them in February! :)

BTW - "The Professor and the Siren" progress report - I am almost done with the first draft, which looks to be just over 40k (about a third the size of "The Mermaid and the Unicorn"). It is due to go to my Alpha readers in the beginning of October! My health has been poor for the past two weeks, so I would appreciate prayers that I can meet this deadline!

And then the next full-length novel is going to be called "The Selkie and the Queen" and features several new characters. I've determined that there are three I can release without giving away spoilers so enjoy this little sneak peek at what is in store! 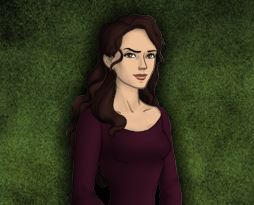 Stephanie - Kate's Mother. The dollmaker works for young and old, but not so much middle-aged. Stephanie is a little younger here than she is at the time of the novel, but it's good enough for my purposes. 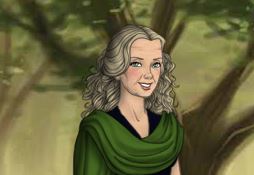 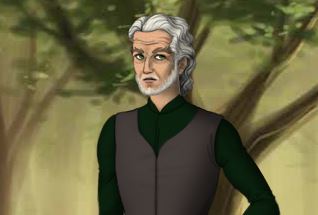 Domnall and Aileen Alexander - Kate's Scottish Grandparents. I am SO excited to introduce them to you . . . which reminds me, I should get back to writing!