"My Magic Doesn't Have Hives!" - And Neither does "Once Upon a Time"

My last "Once Upon a Time" post was a pretty depressing rant. I am very happy to share that this week's episode (6.3. "The Other Shoe") is a huge improvement and good incentive to keep watching.

Spoilers after the jump/click "read more" for the rest! 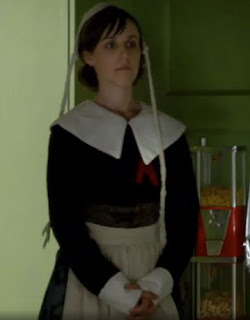 First of all, let's acknowledge the brief cameo of Hester from "The Scarlet Letter." I have no idea if she'll show up in future episodes, but it was a fun easter egg for this one. 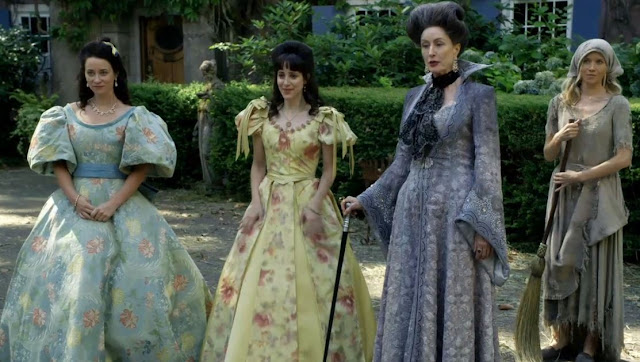 This week's episode brought Cinderella back to the stage. No doubt this was planned in response to the popularity of last year's "Cinderella" remake. OUAT's Ella/Ashley is a slightly different take on the tale, with Ella destroying the life of stepsister Clorinda in a very similar fashion to Snow's innocent betrayal of Regina. Thankfully this story plays out with a slightly happier resolution. 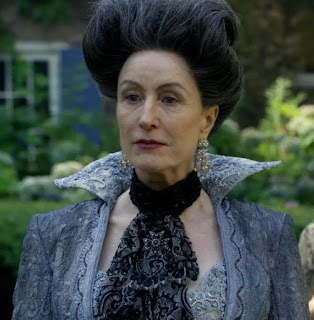 A great Lady Tremaine! I mean, she's no Cate Blanchette, but she is very faithful to the Disney cartoon version, down to a chillingly perfect voice. 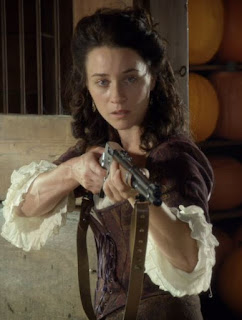 Clorinda is played by Mekenna Melvin, whom "Chuck" fans will recognize as Alex. While it's always fun to see the different takes on Cinderella's Stepsisters, I am sure I'm not the only fan raising eyebrows here, given that "OUAT in Wonderland" already covered Anastasia's tale... an Anastasia who is wordlessly overwritten here. Too bad, because it would have made this a truly thrilling episode if Wonderland's Ana had returned to guest star in this episode. Fans who haven't seen Wonderland wont' miss it, but those who did watch the show would have been pretty excited if she'd shown up here. (And yes, OUAT seems to be going out of their way to distance themselves from Wonderland, what with completely under-utilizing and writing out Will, and not getting Naveen Andrews back as Jafar.)

Now the key from Ella's mum served as a device in this episode to bring Lady T and Clorinda back, but it leaves a lot of questions. How did Ella's mum have the key? Did she ever use it? Will she come back into play?

Overall, while I found myself greatly enjoying this episode, I do wish that Cinderella had managed to save herself, and not relied on Emma to come to the rescue. I feel like the point of the season ought to be that the Savior does not need to save everyone, and the world can survive without her. I was disappointed that in the end it was all about Emma "believing in herself" instead. :/

My other critique: How does Evil Queen keep getting into Hyde's cell???? After the first time, why didn't Regina up security? Sure, the Evil Queen might be able to overcome Regina's magic, but surely Emma and Regina together could have concocted something - or someone could have asked Gold to beef up security! Isn't keeping Hyde under lock and key worth making a deal or two?

I am also deeply intrigued by the mystery of David's father. I can't believe I never before wondered about his birth father, and I'm pretty curious to see where this all goes. Of course, this being OUAT, David's father is bound to be deeply connected to other characters, probably in the Land of Untold Stories. (He's not Jekyll/Hyde, is he??? Or murdered by Hyde?)

We also got some great costumes this episode, and you can read my analysis of them here.

Thanks for pointing out that the Puritan woman was Hester. I wondered who it was but didn't catch the A on her chest. I also wondered what happened to Ana. Maybe Cinderella had 3 stepsisters?