Royal Infertility - A What If

An interesting side effect of writing a novel about time travel is that you start to think quite a bit about a juxtaposition of the past and present. How would the past be different with modern technology?

For instance, I recently read an article about a woman who was told by her doctor that she would never be able to carry a child. When her sisters heard the news, they instantly offered to be her surrogates. Both women are now currently carrying their own niece and nephew in a beautiful act of sibling love. The nephew was a surprise, as previously only girls had been born into this family. However a commenter pointed out that the sex of the child is determined by the father, who carries the Y chromosome, and therefore this lack of boys has nothing to do with the mothers involved.

This led me to think about the English royal family. Having a male heir used to be a huge issue, of course. Let us not forget Henry VIII's six marital adventures in an attempt to produce the required heir and spare! Nowadays, thanks to IVF (In Vitero Fertilization) and surrogacy, this is no longer an issue. If for some reason Princess Kate has trouble getting pregnant, she and William will have plenty of options for dealing with the issue. 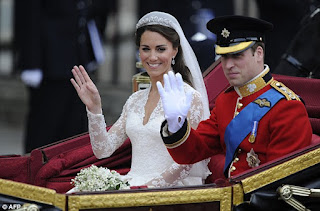 I think it'll be quite interesting, actually, to see if this ever becomes an issue with any royal family, and if so, how the country decides to deal with it. Would they have any problem with IVF or surrogate pregnancy? Would there be legal issues involved? In IVF, there are usually several fertilized eggs that are frozen and kept for future use. How would this affect the line of succession? If all of the children were conceived at the same time, but grown at different dates, would a law have to be passed clarifying how age is determined?

All in all, I think it would be a good thing. No longer do royal brides have to agonize over any failure to produce an heir. Since they have the money to fund fertility treatments, science has assured them of minimal stress in the matter.

How different would English history have been if such methods have been available to King Henry VIII and Catherine of Aragon? There would have been no Great Matter. No Anne Boleyn. No English Reformation. 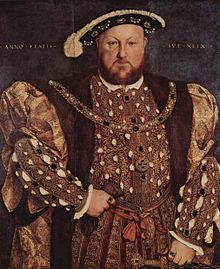 Or would there? My understanding is that currently the Catholic Church is opposed to IVF and strongly promotes adoption instead as a solution to infertility. Would there have been a waiver for the matter of royal succession? Or would this provoked a controversy ushering in the Protestant Reformation in England after all?


(Note, this totally isn't meant as an attack on Catholic IVF beliefs, it's just part of this historical 'what if' I'm throwing out here. I adore Tudor history and unfortunately it does bring up a lot of Catholic vs. Protestant stuff. But this piece is intended just for fun. :) )
Posted by Elizabeth Amy Hajek at 8:07 PM

Interesting post! I'd just like to point out that the Catholic church is not "currently" opposed to IVF. It is and will be. IVF just doesn't match up with what we believe about the theology of the body. And no way would there be a waiver for royal succession! As with Henry VII's divorce, morality comes before heirs. ;)

The only reason I wondered if there would be a waiver for the matter of royal succession is that the church of the period did grant royals certain liberties in marriage that non-royals were not allowed. For example, Catherine being allowed to marry Henry in the first place was the result of a papal permission, and normally a widow marrying her deceased husband's brother would have been illegal. I know things are different now, I was just wondering how the church of the period would have treated the issue. :)

ah but the the Church can morally grant a dispensation to non-royalty as well, for them to marry someone who is their cousin, for example. It doesn't happen very often because there is usually not a grave enough reason for doing so--e.g. there were only so many royals to go around. ;) IVF is not and never will be a moral option that the Church can give to certain cases.

I still think there is some confusion about my 'what if' theory though. I'm not asking if the church will change its mind in the future. English royals are strictly Anglican and the Catholic Church has no bearing on their future heirs and succession laws.

What I was wondering what the 1500's Catholic Church - which in many ways was VERY different from the current church (how long has it been since there has been a Pope accused of immoral activity and bishops regularly had common law wives?) - would have responded to such a situation. Maybe it wouldn't have been different, but my observation is that there was a lot more 'case by case' back then, probably because of the limited communication abilities.

Hope that makes more sense! :) Sorry if I was being confusing at all.

It's an interesting proposition, but even 'back then', the Church would not - could not grant a dispensation.
See, the Church has a whole bunch of practices and disciplines (such as priestly celebacy, the bann agaisnt close-family marriage, etc.) which are good and wonderful, but are not doctrines. These may be dispensed from because, although they are set in place for the good of the Church members, they are not necessary for the belief and propigation of the Faith.
However, doctrines (such as the sanctity of marriage and the union between a man and woman) can and may never be dispensed from, because to dispense from them would be to undermine the very foundation of the Catholic Church. This is why Pope Clement would not allow Henry to divorce his wife; to do so would undermine the sanctity of the marriage vow.

As for the matter of surrogate motherhood:
The marital act has three purposes - to express the spiritual union between a husband and wife in a complete giving of self, to bear children, and to give pleasure. By disassociating the marital act from a married couple by implanting a child in another's womb, you not only deprive the child of the right to having parents known to him, you remove the complete gift of self given in marriage. (paraphrased from the Catechism of the Catholic Church, paragraphs 2376-2377)

Anyway, that's the Church's position on dispensation and surrogacy. Your propostion was quite interesting to research, and I thank you for the opportunity. :D

You're welcome! Although my personal views are different, I am honored that my little 'what if' inspired such research. :)

I must say, I've been rather surprised by the Catholic response to this -- I myself am Protestant and while I knew I had many Catholic readers, I didn't realize what a majority they were here! Or at least, the most vocal section? ;)

I must say that I too was going to come on here and say that the Catholic Church makes no exceptions in matters of morality, but my fellow Catholics seem to have taken care of that quite nicely, especially with a piece right out of the CCC. I thought I'd speak up anyway and tell you that you are not aline.
Elenatintil, I'm not sure if we're the more vocal or just the majority, but I will say that this post was an interesting take. Still, I firmly agree with the Catholic Church on this matter, standing strong next to the quote out of the CCC and agreeing that this whole thing takes away from the beauty of the giving of one's whole self. Still, interesting post. I have to say I'd never thought about this.

@Elenatintil - Haha! Trust me, we Catholics can be loudmouths when we put our minds to it. ;)
But I might just be speaking for myself... I'm not particularly known for my *ahem* shyness. :P

Interesting post, but as a Catholic I agree with the above Catholics. Thanks for respecting our beliefs and I hope we always respect yours (I try to).
Anyway, I always wonder what it would be like if historical people lived now. Side note: my sister claims that King Henry the VIII weighed as much as the Jabba the Hutt puppet (I have no idea where she read that, but it's kinda funny).

I have been quite blessed with extremely polite and respectful commenters, something which I do not take for granted and extremely grateful for. I've been dealing with personal issues of isolation and loneliness related to my health which makes it a bit tougher to be taking a stance on my own, but you all have been very sweet and lovely. :)

Henry VIII did indeed get very fat by the end of his life! He started out a very athletic and fit young man, but later on he got gout in his legs which prevented him from walking and exercising - plus I suspect stress brought on more binge eating! However I doubt he was quite as copulent as you might expect. I saw his suit of armor in the Tower of London and though large for his day, I don't think he would count as fat by modern American standards! Interesting note -- Henry was 6 feet tall and supposedly he stood a full head higher than the other men at court. People really were shorter back then!!!