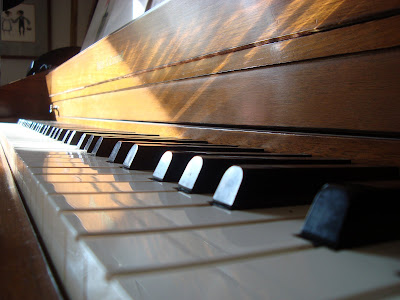 Mere Christianity was originally a series of radio talks that C.S. Lewis gave during World War II, specifically directed to the men serving in the service. It has been edited into the book format it exists in today, but the format of the radio talks still remains. This is clearly illustrated in chapter two when Lewis refers to the letters he's been receiving from listeners regarding chapter one.

I think this format is exactly what makes this book so valuable. In some ways, it's almost like a blog. Lewis had a chance to expand not just on what he saw as issues, but on the issues that his listeners brought up. This provides a much more comprehensive explanation than the normal theology book that, at most, would only be tested amongst a small circle of friends and editors.

Using these letters, Lewis continues to build upon the principle of Moral Law from chapter one. He wishes to separate the instinctive knowledge of Moral Law from the natural impulses of human nature. To do this he utilizes the example of music.

“Strictly speaking, there are no such things as good and bad impulses. Think once again of a piano. It has not got two kinds of notes on it, the 'right' notes and the 'wrong' ones. Every single note is right at one time and wrong at another. The Moral Law is not any one instinct or set of instincts: it is something which makes a kind of tune (the tune we call goodness or right conduct) by directing the instincts.”

As a musician, I can really appreciate this analogy and I think it's absolutely true.

Another section that jumped out at me (so much so that I underlined it, which is a shocker because I abhor writing in books):

“If no set of moral ideas were truer or better than any other, there would be no sense in preferring civilized morality to savage morality, or Christian morality to Nazi morality. In fact, of course, we all do believe that some moralities are better than others. […] The moment you say that one set of moral ideas can be better than another, you are, in fact, measuring them both by a standard […] you are, in fact, comparing them both with some Real Morality, admitting that there is such a thing as a real Right, independent of what people think, and that some people's ideas get nearer to that real Right than others.”

I have a tendency to start skimming when I'm reading non-fiction. This is part of the reason why I decided to do “Mere Christianity” for the blog project. I knew the format was going to force me to pay attention and really understand the ideas Lewis is positing. So far, it's working great!

Random thought. I absolutely love Lewis's use of capitalization to highlight his point.
Posted by Elizabeth Amy Hajek at 3:40 PM

You might want to note for your poll, however,that "The Great Divorce" is not non-fiction (though it does deal with very serious themes.) It is actually a novel about a bustrip from Hell to Heaven.

Autumn, that's very true. I haven't read that particular one myself, so that's probably why I forgot that when making the list.

And I'm delighted to hear that you're enjoying the reflections!