The Trouble With Surprising Husbands 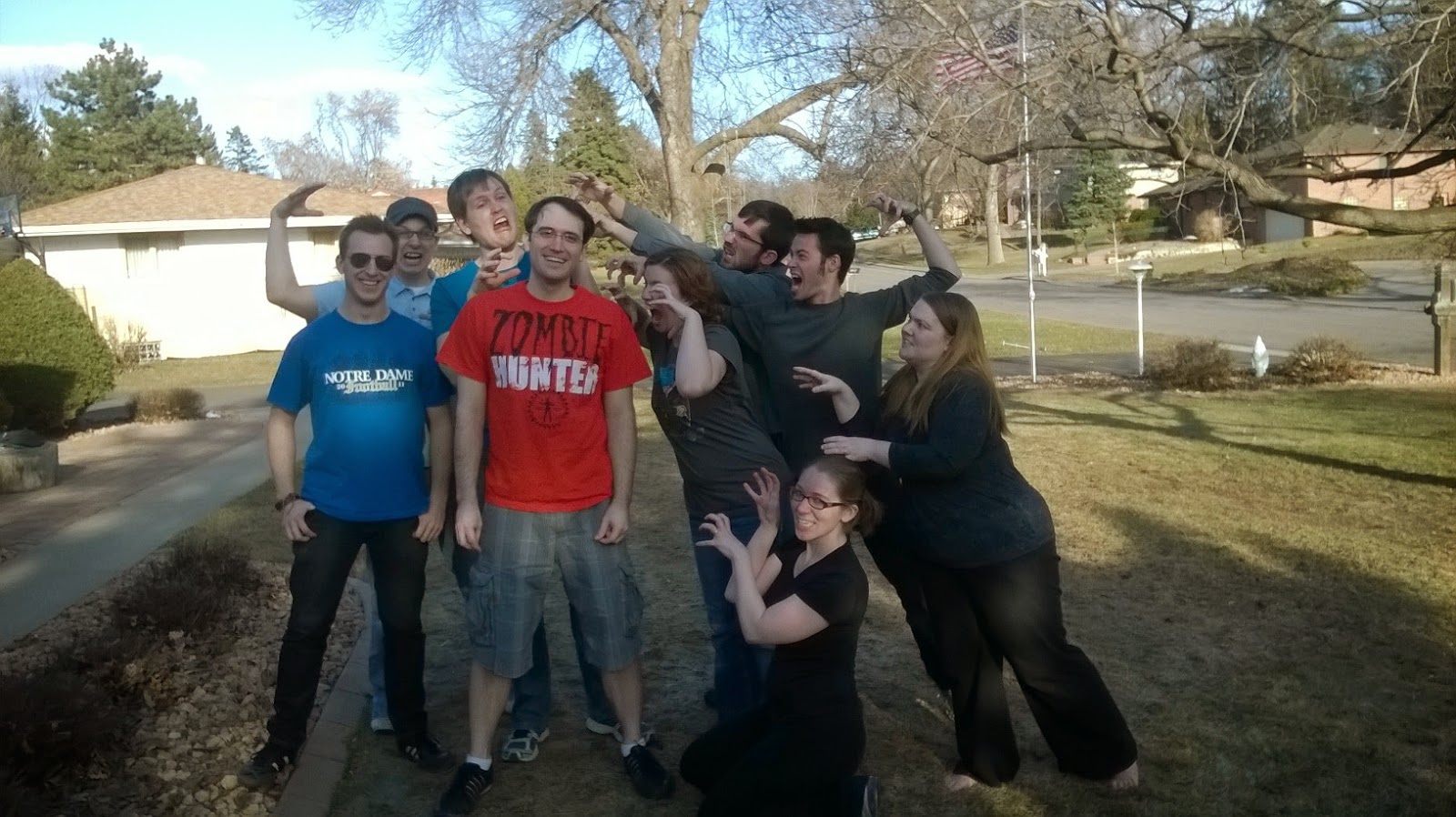 My husband's birthday is this weekend and I decided a couple of weeks ago "what the heck, I'm going to throw him a surprise party!" Trouble is, Nathan and I tell each other everything. So if I check a text message in his presence and I don't immediately tell him the gist of it, he knows something is up.

Okay, so he knew something was up. But he didn't know exactly what so I decided to make the party as awesome as possible. I'm not terribly into zombies (at. all.) but Nathan loves zombie stories so I decided we'd play zombie capture the flag. I got several of our friends and his coworkers involved and everyone got really into it. A friend of mine offered to host the party at her house, and everyone brought food to contribute.

Now because Nathan knew something was up, I knew there wasn't a good way to get him to my friend's house without him guessing that it was for his party (he affirmed this later). So I decided to plant a message in his car, telling him there was a zombie apocalypse and we needed his help and giving him the address. I also tucked in a t-shirt his sister and brother-in-law had given him last fall that seemed appropriate for the event... 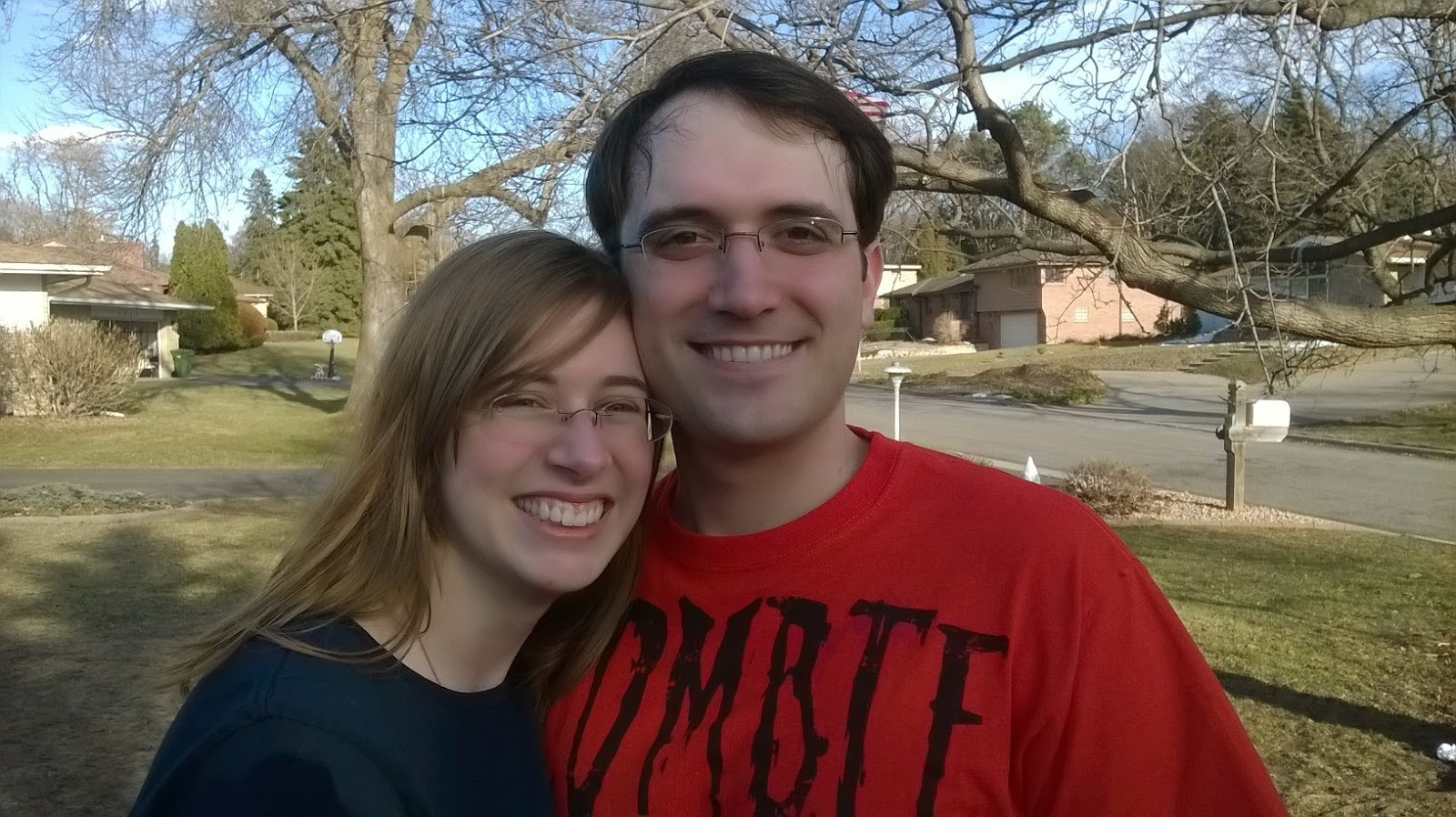 And you know what? Nathan was surprised. When he walked in and saw all the people (especially his coworkers who had left work early to make it in time) he was genuinely surprised.

I'd been a little nervous about setting up the game because Nathan and his coworkers design games for a living (and they helped tweak a few things) but over all it worked out very well and everyone had a blast! (Including me. Even though it was zombies and running around and throwing things at people.)

Then there was food and custard and some other fun party games and lots of laughter.

I love throwing surprise parties. I love surprising people in general, with gifts or nice meals or anything really that will cause their face to light up. But man, keeping a secret this big from my husband was hard. Worth it, but I don't think I'll be doing it again for awhile! I like being able to share everything with him!
Posted by Elizabeth Amy Hajek at 4:13 PM

Oh, that is so funny!