Here, have some random LEGOs

This summer I learned that Legos are not just for kids. I also came home from my east coast adventures with a suitcase full of little plastic bricks... but work has been so insane that I haven't managed to do much with them since setting up the sets.

Since I'm recovering from the flu and tired of drawing and watching Netflix, I decided to pull out the two sets I hadn't completed yet and finish them. I also created something new... 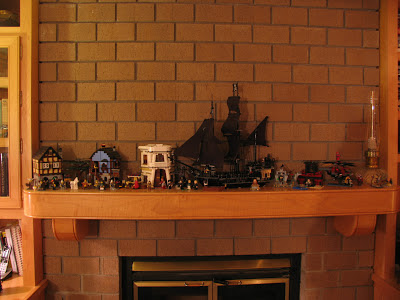 So, yeah, my level of the house includes the fireplace with the mantel. I've had my Legos up since September and my parental units have not uttered a word of protest. I'm impressed. Maybe they secretly accept the coolness? (It also makes a perfect conversation piece any time someone comes over with a kid. Or, well, not a kid, but someone who loves Legos... Seriously. I walked up to breakfast one day and was ordered to show a friend my Legos immediately. They're popular.) 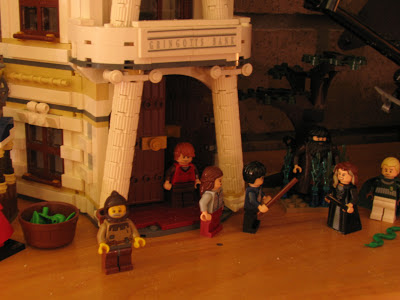 Matt and I split the now-out-of-print Gringrott's set. I also got the (also now-out-of-print) Hagrid/Fire Tree set, which includes Narcissa Malfoy, probably one of the most obscure female characters ever to become a Lego. 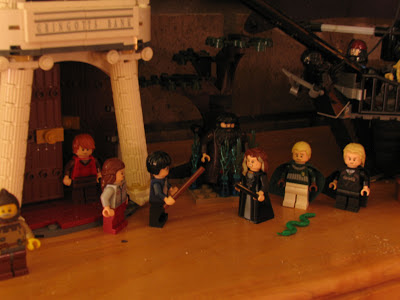 The Trio faces off against the Malfoys! And a Snake! 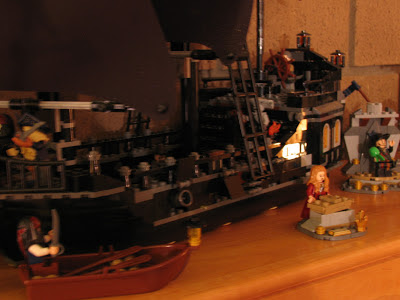 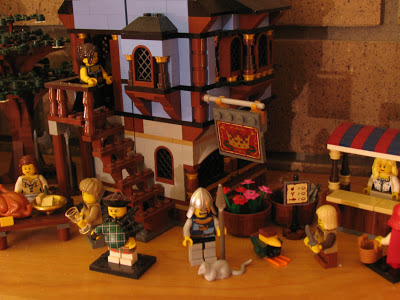 Here's the medieval village (another surprise gift from Matt), with a Scottish Bagpiper who is probably the coolest minifig so far, and Little Red Riding Hood. 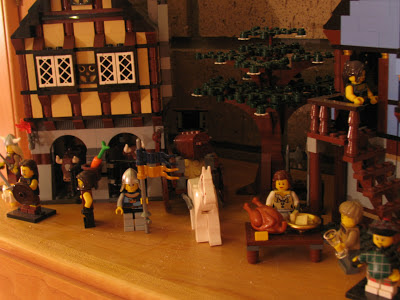 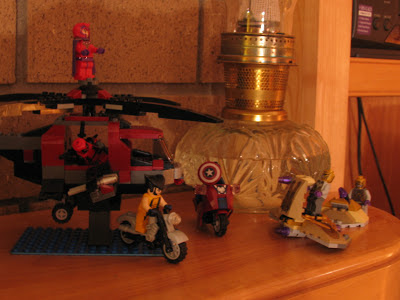 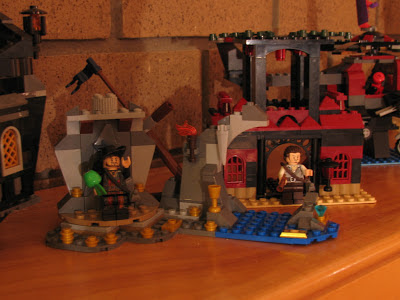 So once you're done being distracted by the shiny gold, take a look at the black and red house in Singapore. Er, the background. That's not a set, that's a piece I created from my meger supply of left-over pieces. It turned out pretty cool, considering I didn't have a set design when I went in.