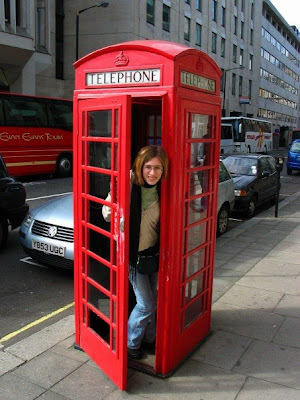 The Reality of the Law

When I was sixteen years old I traveled to Europe with a group of Christian, homeschooled young people. Bright, well-read teens with a desire for knowledge and the ability to converse easily with adults.

Our hired tour guide for the trip was a very kind British man, who happened to be an Atheist. To his eternal credit, he graciously allowed us to debate with him on matters of theology, evolution and morality as much as we wished (in fact I missed watching the train go under the English Channel because I was absorbed in one of these debates, but that's another story). We covered a lot of topics, but the one that will probably remain with me the longest was one that took place in the Paris train station. We were sitting on plastic chairs, waiting for our signal to go, and somehow the subject of morality came up.

Our point was simply this. If you put God out of the equation, who determines what is right or wrong? For instance, there would be no reason why I couldn't go up and murder whomever I pleased. Our guide's answer was that murder was still wrong because the government decreed it so.

I think our tour guide ought to read Lewis.

In Chapter Three, Lewis discusses the difference between scientific laws and the Moral Law.

“There [are] two odd things about the human race. First, that they [are] haunted by the idea of a sort of behaviour they ought to practise, what you might call fair play, or decency, or morality, or the Law of Nature. Second, that they did not in fact do so.”

He goes on to explain that a scientific law is a law of what happens, what must always happen in certain situations. However, humans do not always follow the Moral Law even though they all know it exists.

This isn't a law that we make up, it's a law that we know, yet it's not a law we always follow. It's not scientific, it's not cultural... it's an expectation that we're inborn with.

An unwinnable argument? Only if there is not something more... which we have already extablished that there is. The Moral Law exists and it tells us that we ought to be unselfish.

Where does this law come from?

Huh. Thinking on it now, that's a rather weak argument. It leads to the presumption that the reason government officials are in power is that they know how best to keep society stable.

Which leads to the corollary that a government is justified in changing the laws in any fashion to keep society stable.

Which is a bit frightening.

Exactly. It was a weak and rather terrifying argument and I brought it up to underline what Lewis was saying. If Moral law doesn't exist, then anything is permissible. But it clearly does exist, which mean there is a moral code that all humans should be held to, regardless of what the government says.

You've got to love Lewis! He so clearly describes the human conscience. And uses it to prove God using pure logic.