A Look at the Oscars -- Guest Review by Lirra (part two) 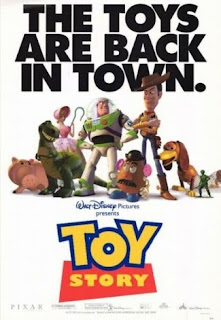 When we enter the animated category, I feel like some films got rather gypped. The Academy will pick Toy Story 3. It has a Best Picture nomination (which is becoming just a fad, because it seems unlikely an animated feature will ever win an Oscar, even though last year’s nomination from Pixar was a better film than The Hurt Locker). But, this is kind of too bad for The Illusionist and How to Train Your Dragon. Both are high-quality contenders that, without the presence of Pixar, would be possible winners. But, Pixar is not only almost entirely consistent with high-quality, but is also consistently a screen favorite. Toy Story 3 really was a great film, entertaining, heartfelt, and even moving. But, it almost feels like a predestined win in this case, which is a little unfair to the other contestants. Also, critical and audience favorite Despicable Me was not nominated. And, since my family owns this film, can I give a big, “Thank goodness!”? Talk about overrated. This was a simplistically animated, only middling funny film with clichés aplenty. Everyone seems annoyed that it was snubbed, but I say that’s great. The Illusionist is a better runner-up any day, and Jonsi sings in How to Train Your Dragon. (Freaking Jonsi! Cue some ‘Vas’ now, please?) I rather wonder why the dualing film, Megamind, was snubbed by critics, actually, but it’s not really Oscar material, either. However, as a family film, Megamind rocks and is much better than Despicable Me. Seriously, just go see it. You won’t be sorry. It’s hilarious!

Otherwise, apparently the favorite as of now for Best Picture is actually The King’s Speech. But, since I haven’t seen it (yet), I can’t say how I feel about that. It does look amazing, though, and the reviews are great. It’s also wonderful to see Helena Bonham Carter in a non-Burtony role. She used to be such a great period actress! She was the go-to girl for costume dramas! And… then she went all high school goth on us. I would love to see Tim Burton manage to make a film without his wife and best friend, and do something serious, like his biopic about Ed Wood, and I’m very happy that Carter decided to ditch the white makeup and be an actress instead of a sideshow event. Apparently, she was splendid, and I am excited to see her performance. Also, another costume drama darling, Colin Firth, has his Best Actor nomination from this film. So, I’m excited to see how that plays out.

But, wait, what about Burton’s films? I have to say… curse Alice in Wonderland! I have no idea why anyone liked this film! It was so cliché, so poorly written, so not like Alice that I actually wanted the Hallmark TV version. Great actors like Stephen Fry were totally wasted. Johnny Depp decided to make the Hatter a Scottish, bi-polar drag queen. The pseudo-feminism was so out-of-date it didn’t even have relevancy to defend itself. The March Hare was apparently mentally challenged. The sleepy Doormouse became freaking Reepicheep! In fact, the whole story became the Narnia movies, while Alice became Joan of Arc! It didn’t even feel like a Burton film. It felt like an Asylum Films director pretending to be Burton. And the 3D conversion made everything dark and muddy, so Wonderland really did become Underland (why?). And, let’s add pointless violence to the mix. It was so depressing, ugly, annoying, poorly acted, and poorly written that I was honestly angry after seeing it. I’d rather watch the cartoon, and that one gives me an anxiety attack! I’d rather see Best Art Direction go to a Harry Potter flick than this piece of uninspired rubbish and commercial horror. Also, PG? Really? This film is way too violence and scary for the usual PG audience. Don’t take small children to see this, please. It will only upset them and give them nightmares, and it’s too boring and unpleasant to be entertaining.

A couple films I haven’t seen but which are in the running and look amazing are Buitiful (Best Foreign Film and Best Actor for Javier Bardem), and Exit Through the Gift Shop (Best Documentary –even though it’s unlikely it’s actually a documentary…). The first looks gorgeous and seems to be the Best Foreign Film favorite, though some critics found it too unrelentingly depressing. Bardem won Best Actor for his role as the cold-blooded killer in No Country for Old Men, but is supposed to be equally brilliant in this sympathetic role. He’s extremely versatile and I’d love to see his performance. My sister is convinced he’ll win Best Actor, even. Exit Through the Gift Shop is about Banksy. If you’re into art, you know Banksy as the mysterious, enigmatic graffiti artist (so, he’s the Boba Fet of the art world, basically). The documentary-that-may-not-be-a-documentary is done in Gonzo style, which you probably know as the journalistic, “most accurate and least factual” style of writer/social critic/drug fiend Hunter S. Thompson (popularized by Johnny Depp in the film version of Fear and Loathing in Las Vegas, and Depp will be reprising the role for Rum Diary, so watch out). It’s supposed to be as entertaining as Man on Wire, another great documentary, and looks very exciting. It’s the favorite for its category as well.

And, last of all, where is Christopher Nolan? Well, to be honest, I never saw Inception. I want to, but I haven’t yet. So, I can’t really give an opinion. Based on his previous work in Memento, The Prestige and The Dark Knight, he’s a very competent director. I think he’s a tad overrated, because none of those films are masterpieces. People are going around saying he’s the greatest director of our time, and that just isn’t true. Best mainstream popcorn director? Yeah, probably he can claim that title every time del Toro isn’t making a popcorn flick, but otherwise I don’t see him as our generation’s Kubrick, Bergman, Lang or what have you. I don’t think he’s as innovative as people say, and, frankly, The Prestige was stupid. Okay, did anyone really miss the twist ending? It was a Twilight Zone episode, but pretentious, like it thought it was Annie Hall or something. And I’m no Woody Allen fan, either! But, Nolan does raise the bar, is visually very interesting, and he’s different. He’s not especially cliché, and his faults are usually that he’s trying too hard to be impressive, not that he’s conforming to Hollywood. So, I like that. And, I love The Dark Knight. It was awesome and was totally snubbed for no good reason when it was released, so there’s that. (Though… the choice to make Christian Bale have that ridiculous voice was just a major misstep.) As for Inception, I have no idea what to expect. People have set the bar pretty high and said it was amazingly mind-bending, has gorgeous art and is very philosophical. The trouble is, the last time people said those things about a tent pole was when The Matrix came out, and that film was, I’m sorry, very mediocre. It was style over substance, full of cheesy one-liners, all flash and no soul, and had obnoxious pretentions to brilliance. So, I’m a little wary. I don’t want to go in expecting great things and then be disappointed. I’ve read too many far-fetched articles claiming Nolan was referencing any number of philosophies, and I just highly doubt that is the case. It really just looks like a live-action Paprika to me, though, I imagine, less insane. When it comes to films that are a little obscure, especially those that deal with dreams, people read in all sorts of their own ideas. But, then, maybe that’s its glory. Maybe its ability to make people see whatever they want in it, like Finnegan’s Wake, is what makes it so good. I guess I’ll see when I get around to watching it. I think I’m a tad biased against it because of the hype, and also because I think that some of my favorite art films just don’t get any attention. From what I’ve seen, the art direction isn’t actually as beautiful, original or mind-bending as, say, The Piano Tuner of Earthquakes, or Jan Svankmajer’s Alice, or Rashomon, or Mulholland Drive, or even del Toro’s better works. When it comes to philosophy, I like “gentler”, smaller works that really ponder what it means to be human, like Wes Anderson’s films, or Into the Wild, No Country for Old Men, Fargo, et cetera. And, when it comes to mind-benders, I wonder if anyone who likes David Lynch’s work is going to find Nolan that difficult to understand. Not to be snobbish, but, yes… I’m being snobbish. Anyway, that being said, I may come in with so many reservations that I might actually be a bigger fan of Inception because of it. Whenever I go to a film expecting great things, and that film is not by the Coens or Tarantino, I usually just end up angry (Valhalla Rising and Alice in Wonderland spring to mind). But, when I have reservations, I’m often pleasantly surprised. So, who knows? I can’t say anything as of yet.

So, that’s basically my opinions about what I know of the Oscars this year. I haven’t seen a lot of the contenders. I hope I’ll get to see all of them later. And, I hope that my little rambles make sense. Again, these are just my opinions. Maybe someone reading this will go, “No way, Black Swan is totally the best picture of the Year!” or “Nothing can beat the original True Grit!” And, that’s fine. These are just my opinions. I have my biases as much as anyone else.

Aronofsky (and films I mentioned in reference to Aronofsky)-

The Coen Brothers and films I referenced while talking about them–

The Illusionist: PG Toy Story 3: G How to Train Your Dragon: PG The Triplets of Belleville: PG-13 Despicable Me: PG

*I’m aware Avatar didn’t win. But, it shouldn’t have been nominated at all. That script is wretched, and the FX is better in Final Fantasy: Advent Children!

Thank you so much Lirra for taking the time to write this up for us!

I just got a new voting category up -- Original Score. Also, today is the last day you can vote in the Short Film (Animated) category!

And don't forget, I still need nominations for our own short film category! Nominate them here!

I will definitely say that Nolan goes somewhere rather different than Satoshi Kon does. I've seen Inception enough times (and Memento) to know that he's gunning for something radically different.

Actually, Inception makes a brilliant pairing to Memento, so if you're going to bring any lens into the film, bring that lens in. If you're expecting lofty philosophical sentiment, you won't get it. Personally, I think it blows The Matrix out of the water. But you should definitely manage to see it for yourself.

Plus, it's always nice to see a successful genre mashup. Nolan stuffs psychological thriller, neo-noir, romance, and action into a tight package that works. And with awesome actors.